Living in the San Francisco Bay area affords us the opportunity to experience a great diversity of entertainment, often at reasonable prices and almost any night of the week.  A few years ago, I had the great pleasure of becoming a fan of jazz singer, Sony Holland, even going to Japan while she spent three months performing at the Park Hyatt in Tokyo.  Shota Osabe, a jazz pianist since 1963, accompanied Sony to Tokyo.  Recently, Sony and her husband, Jerry Holland, relocated to Los Angeles, much to the dismay of all the fans in San Francisco but Shota Osabe continues to play piano for many incredible singers and to arrange music for them as well.  I've certainly gotten to know a lot of performers through my attachment to Shota.  One of them is a wonderful Latin singer and dancer, Valeriana Quevedo.  Valeriana is the daughter of entertainers and she has been singing and dancing almost since her birth!  She would go to San Francisco's Dolores Park with her father, a singer who played the guitar and was also a percussionist.  She would join in  and play bongos and congas with the group that would gather there.  Her mother was a singer and dancer.

Valeriana states she began dancing professionally at the age of five!  She has always been singing.  She attended City College of San Francisco, studying music, dance, piano and drama
and performed in San Francisco's  famous "Beach Blanket Babylon," the longest running musical in the world.  She became the assistant choreographer there.

Sunday night, I went to see her, along with Shota Osabe on keyboard, Chuck Bennett on bass, Gerry Kennett on drums, and Sammy Ramirez, on percussion.  They played in San Francisco's
Mission District at Cava 22, a warm and friendly Mexican restaurant with excellent drinks and
very good food.  There was no cover charge or minimum and the music had the joint jumping.
My friend, Silvia Solorzano, and I had a great margarita and a bowl of seafood stew, a basket of bread and almost three hours of nonstop, sizzling entertainment with Valeriana singing in both
Spanish and English, sultry sexy songs, hot Spanish numbers, and she took requests.  It was impossible not to get up and dance!  She and her percussionist, Sammy Ramirez, also dance
occasionally and they are something to see!  I keep asking my piano player friend, Shota Osabe, when I'm going to see him get up from the keyboards to salsa or do a meringue!  No response there! 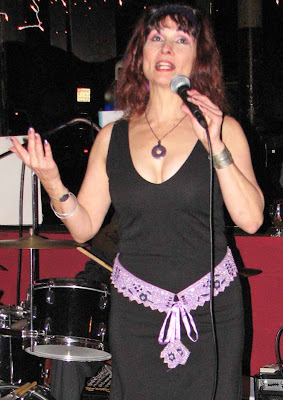 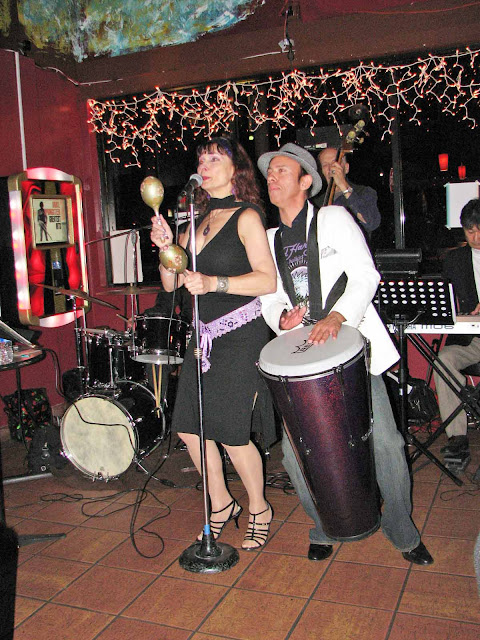 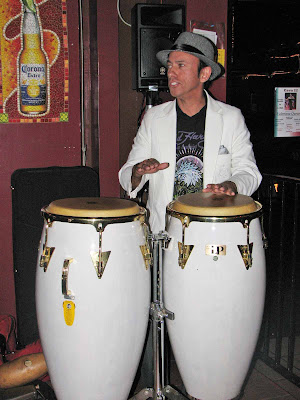 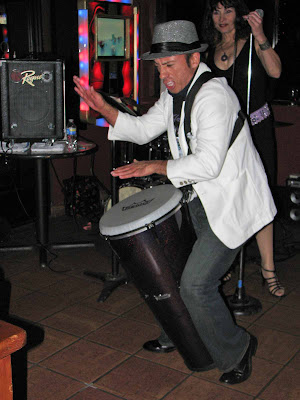 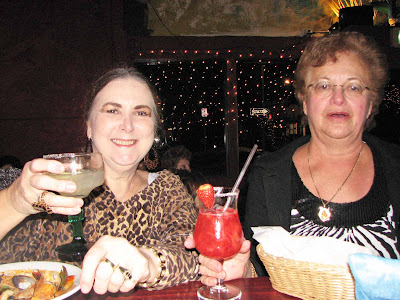 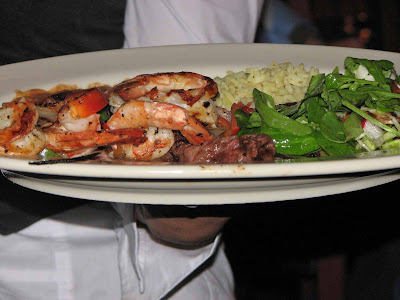 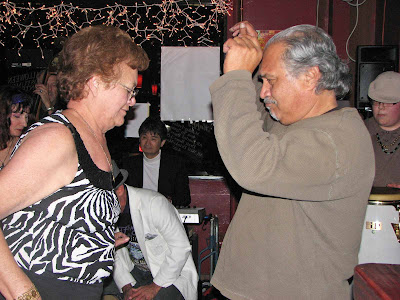 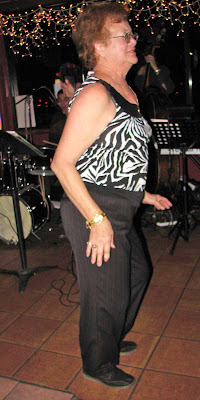 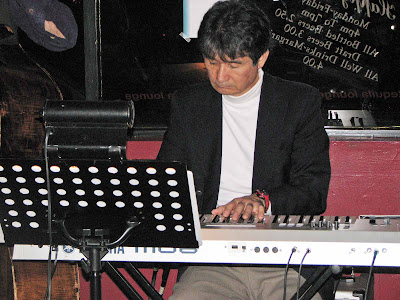 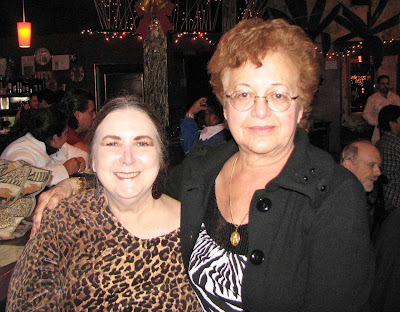 Cava 22 waitress, Erica, and our bartender 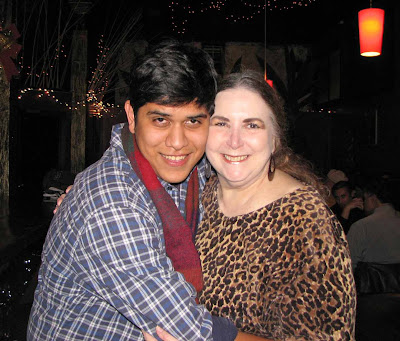 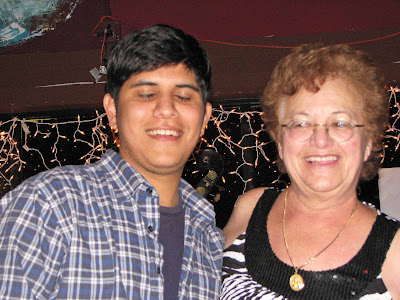 Silvia and the birthday boy 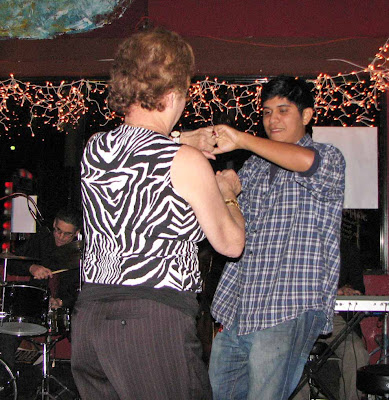 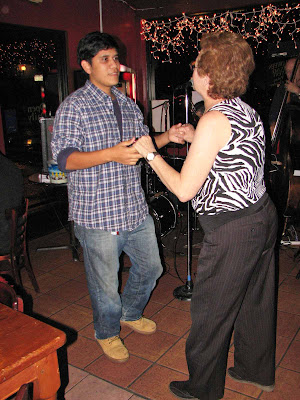 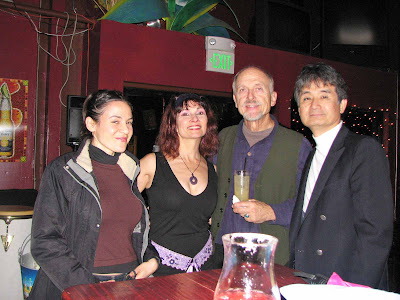 Valeriana Quevado performs frequently in San Francisco.  In addition to her show this past Sunday, I have seen her at Amante and Enrico's in North Beach, where she performs regularly.  If you have the opportunity, do not MISS an evening with this incredible entertainer.