It has certainly taken me awhile to get my 65th birthday celebration blog completed!  These are the final photographs from that trip.  Our last four days were spent in  Barcelona, Spain.  We took an early morning flight on Vueling Airlines from Malaga.  Originally, there were fares for only about $100 U. S. one way but, because we procrastinated in our ticket purchases, it ended up costing us $159.00.  We had pondered with the idea of going by train, thinking it would be less expensive.  When I began checking that out, it became a nightmare.  Most train schedules had us being routed through Madrid and the trip would have been about thirteen hours and would have cost about a thousand dollars!

As it was, we had the horrible experience of having to pay nearly $300 U. S. per person for overweight luggage on Vueling which definitely limited our enjoyment of the last few days of the trip.  Most of us had flown to Europe on U. S. carriers to begin our cruise which had offered a higher luggage allowance and, what with souvenier shopping and the like, our bags were going home much heavier than when they started!


We stayed at the Hotel Lleo, conveniently located at the top of La Rambla, near the Placa

Catalunya, close to the Metro.  It was initially recommended to me by Steve Clark, a former British Air pilot - he and his lovely wife, Jenny, were tablemates on a southeast Asian cruise in 1997.  We became great friends and, once, we met and spent a weekend at the Hotel Lleo in Barcelona.  Last year, for my 64th birthday, they again met me in Barcelona to celebrate. 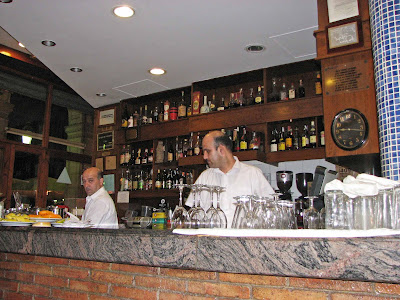 I love this restaurant - I eat here every time I'm in Barcelona.  There are numerous restaurants in this huge outdoor square not too far from the port, at the other end of La Rambla from Placa Catalunya.  I've tried a couple of the others but I think this one has the best food! 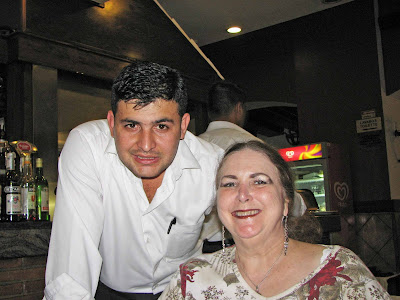 This waiter came up to me and said hello.  He told me he remembered me from my visit last

year.  I couldn't believe it.  We did eat here twice and I chatted with him in Spanish.  Perhaps

he recalled us because we ( my cruise friend, Sherry, and the Clarks, from England, consumed an incredible amount of food and an even larger amount of wine! ) 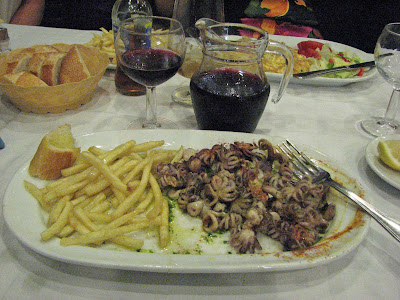 Almost always, in these wonderful Mediterranean countries, I order grilled seafood.  This

was a delicious octopus grilled in wonderful Spanish olive oil and garlic...delicious.  Usually,

my companions don't even want to try it! 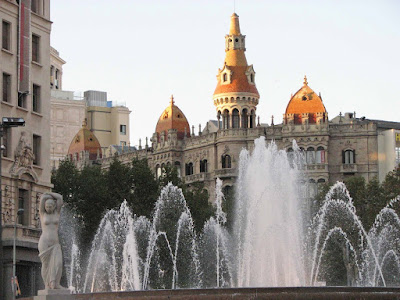 The fountain at Placa Catalunya

We sat here for about two hours, just people watching.  It is a delightful place to see families with their children, couples strolling, tourists, street entertainers, vendors.  We sat here till the sun set and we knew it was time for cocktails and dinner! 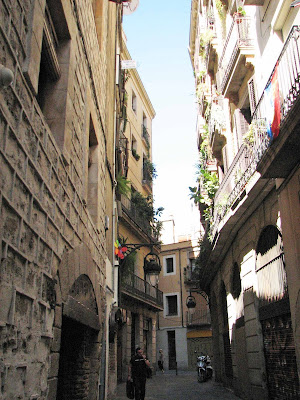 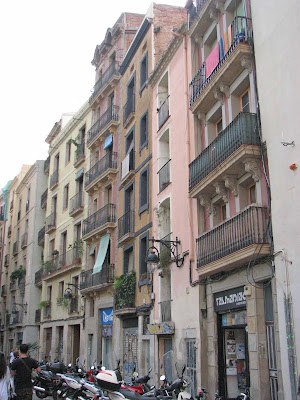 A street near our hotel 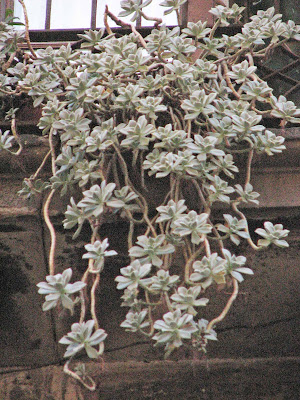 Healthy balcony plant - wondering what kind of plant food they use? 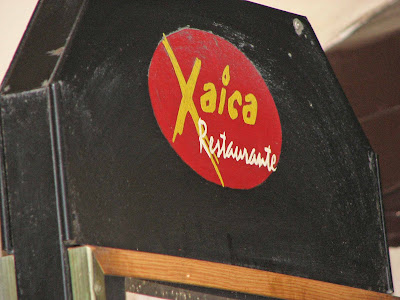 We were so fortunate to discover this restaurant, near the Hotel Lleo.  It had great breakfast for about five euros, compared to the Hotel Lleo's which were double that or more.  Lunch and dinner, typical Catalan fare was very reasonable and they also offered buffets and Catalan desserts.  I was so suprised when I got back home to find it had several reviews in Trip Advisor.  I just wish I had know about Xaica years ago - since now that I am retired and on such a limited budget, I am not sure I will ever get back to my beloved Barcelona. 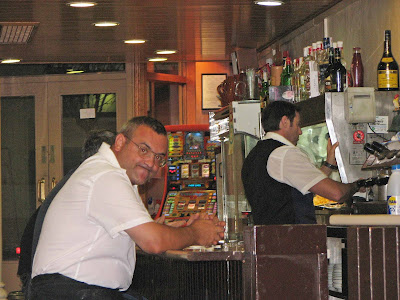 The counter where we ate breakfast two mornings 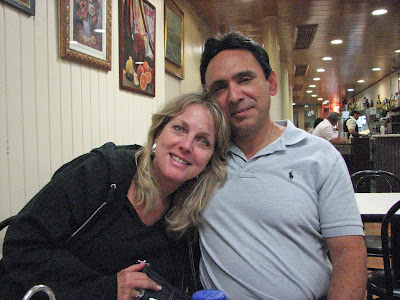 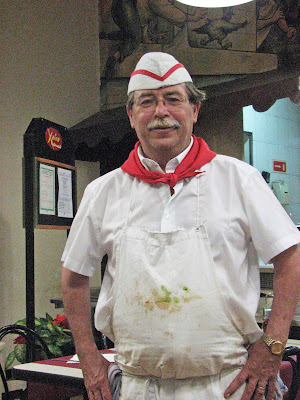 The cheerful chef at Xaica 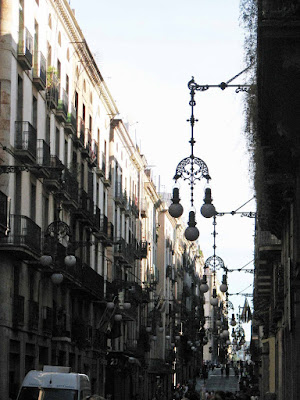 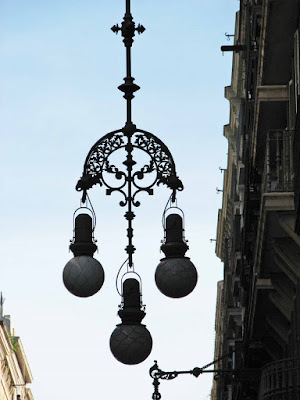 Close up of lights 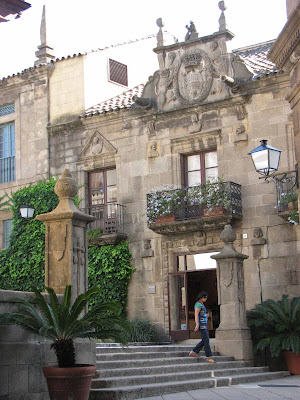 El Poble Espanyol was built for the Barcelona International Exhibition in 1929.  It was meant to be a real "village" in the middle of the city, representative of all towns and villages of the peninsula.  The village consisted of over a hundred buildings, streets and squares, built to scale, and it was meant only to last six months, until the exhibitions end.  Its buildings are representative of many of the regions of Spain and many of the actual edifices still exist.

in Spain.  Lovely fans, ceramics, lace, and jewelry are just some of the items available.  Spanish wines and olive oil can be purchased as well.

The entrance to Poble Espanyol 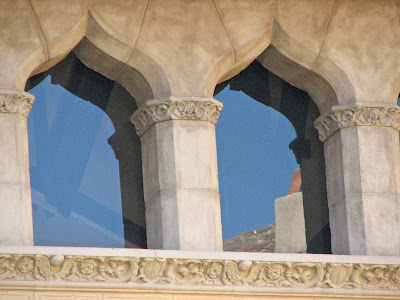 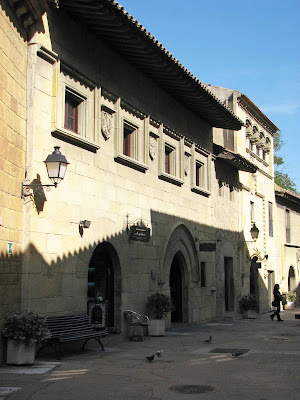 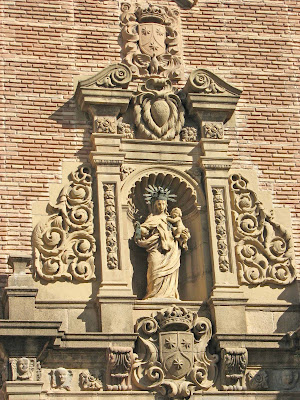 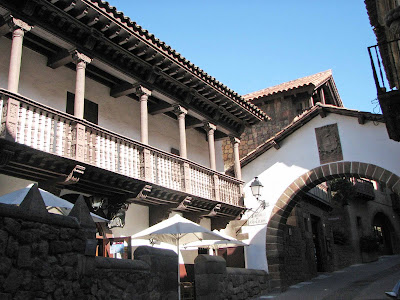 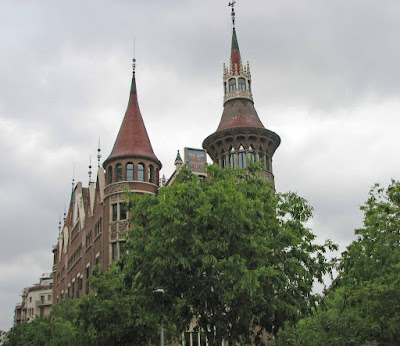 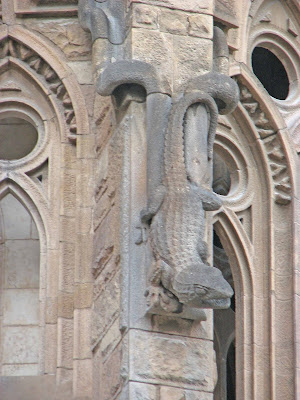 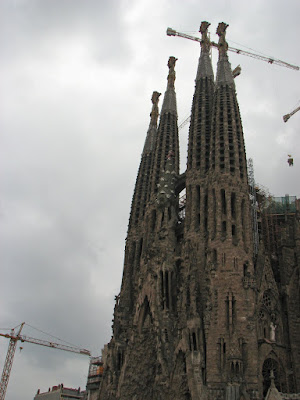 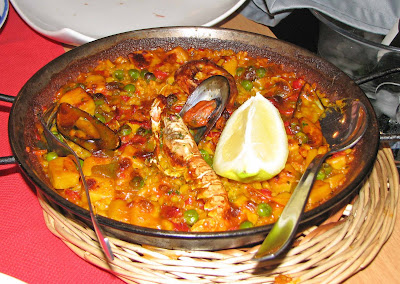 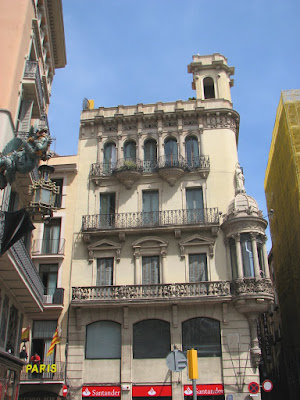