A few years ago, I was nominated for the Godmother of Royal Caribbean's Liberty of the Seas.  I made the top one hundred finalists and, as such, was invited to Miami to sail with the other finalists on the relaunch of the Majesty of the Seas after their dry dock and refurbishment.  I was allowed to bring a guest so I invited my dear friend and forensic nurse colleague, Sherry Arndt.  I took an overnight flight from San Francisco but Sherry wasn't due to arrive until evening.  I was ravenous so my hotel recommended a litttle place about a block from them - Tutto Pasta.  Little did I know, that restaurant would become one of the top favorites of my lifetime and its owner and chef, Joao Carlos Oliveira - who most people call, Juca, would become a friend!

I walked over from the hotel and found myself in a rather crowded restaurant that had both outdoor dining and inside tables, plus counter seats that looked onto the open kitchen where several cooks were busy preparing meals for their patrons.  The menu was quite extensive, with all sorts of temptation and I was told that Tutto Pizza, next door, also belonged to Chef Juca
I was waited on by a very charming young man, Christian Escuti, from Latin America who knew
everything about the menu and was well informed on the many wine choices.

While Tutto Pasta is basically an Italian restaurant, Juca, who is from Brazil, adds his own special touch to the dishes.  They are unique and tantalizing.  Tutto Pasta began delighting visitors in 1994 and the Miami Herald named this restaurant one of the best in Dade County. On my first visit, I was so impressed at lunch, I brought my friend, Sherry, back for dinner and I
ordered the exact same meal!!  Tutto's passion fruit mousse is to die for ( I had two at lunch that
first day )!


When Chef Juca saw me back that same evening, he came over to say hello.  Sherry and I were delighted when a complimentary focaccia di capra - a focaccia with truffle oil and goat cheese -
joined the parade of other fabulous food we ate that evening. 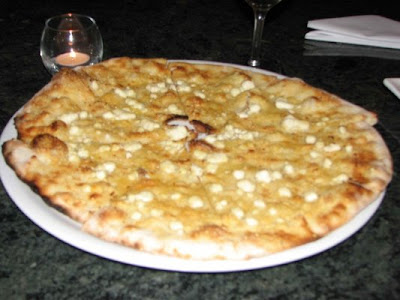 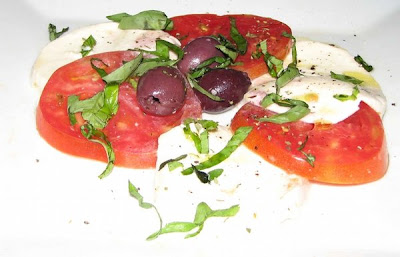 Mozzarrella with tomatoes,  and basil 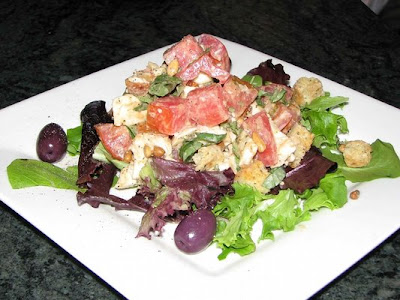 Arugula, goat cheese, and figs - my favorite salad on the menu - I have it every time I eat 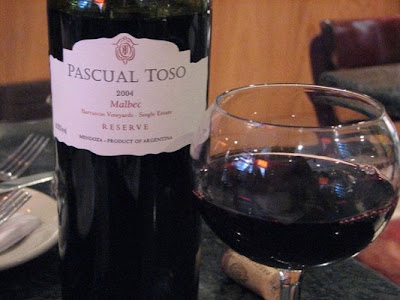 Ever since I visited Argentina and went to Mendoza in the Andes, where they grow the grapes

for Malbec wines, they have been one of my favorite reds.  This Pascual Toso was

wonderful and I had two bottles in one day!  My friend, Sherry, arrived to help me with the second one!

With wonderful waiter, Christian Escuti, during one of my early visits to Tutto Pasta 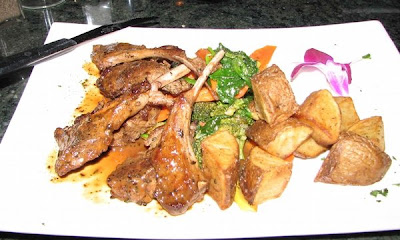 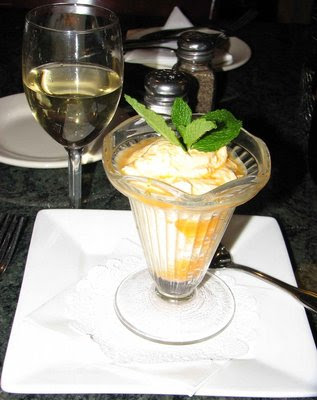 My favorite dessert, passionfruit mousse - I have been known to eat two at a meal! 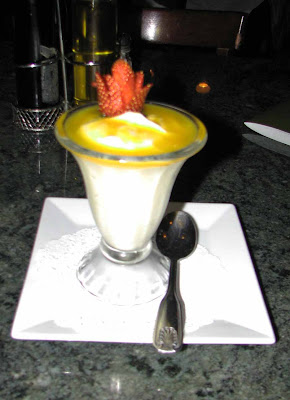 Passionfruit mousse on my November 2009 trip to Tutto Pasta 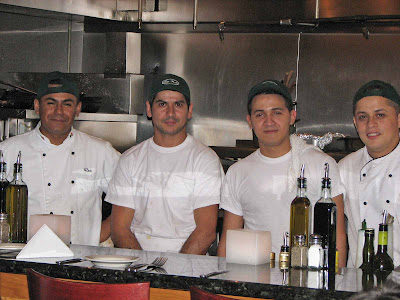 The great guys behind the dishes

November 2009 visit - Gabriel, who is managing Tutto Pasta since Chef Juca has opened

Zucchero, his new restaurant  - and my favorite waiter, Christian

Whenever a cruise brought me to Florida, I would fly into Miami so I could eat at Tutto Pasta, even if it meant renting a car and driving the 220 miles to sail out of Port Canaveral!

Just this past month, I was invited by Royal Caribbean to sail for the weekend on their new mega ship the Oasis of the Seas, complimentary, in a balcony cabin, and I was allowed to bring one guest with me.  I invited a forensic nurse friend from San Diego.  We were due to sail on Friday, November 20th but I flew into Ft. Lauderdale on Wed, November 18th, rented a car and headed to Miami.  After checking into the Hyatt Regency, I went immediately to Tutto Pasta.  It had been an entire YEAR since I had last been there.  Much to my delight, my favorite waiter, Christian Escuti was on duty and I was warmly greeted by him and other staff.  I had a wonderful dinner and heard the news that Chef Juca had opened a new restaurant, Zucchero, not very far from

Tutto Pasta.  Someone called to let him know I was in town and would be there for dinner the following night.

I checked out of the Hyatt at noon on Thursday, stopped by Tutto Pasta for lunch and drove to

Ft. Lauderdale to meet my friend, Claire Nelli, at our hotel there.  After a brief rest, we were on

the road to Miami again.

We arrived  at Zucchero and were quite impressed with the new restaurant.  Since Juca was busy cooking, we chose to sit at the counter rather than dining at a table.  It was the perfect spot to get a look at the procession of fabulous dishes.  The aromas emanating from the stove were 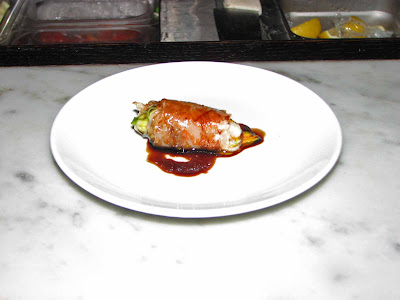 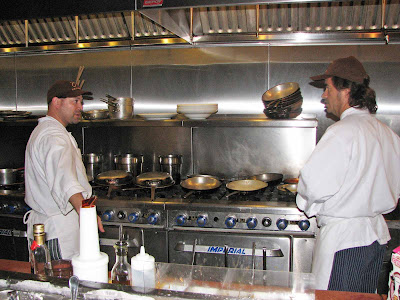 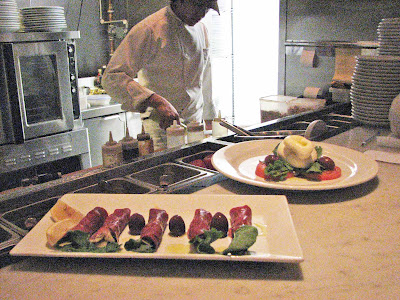 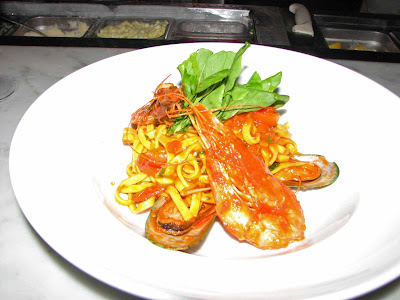 Linguini pasta with shrimp and mussels 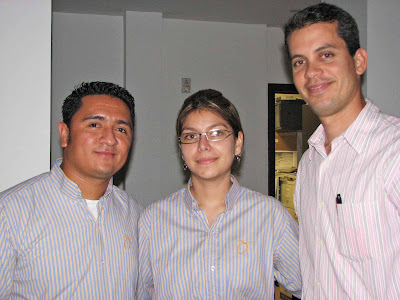 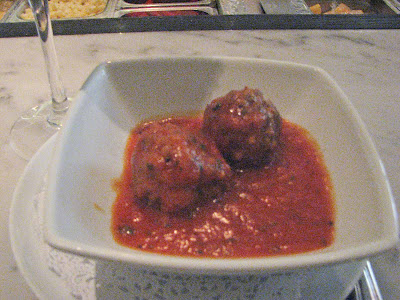 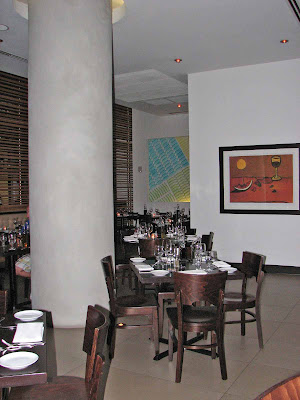 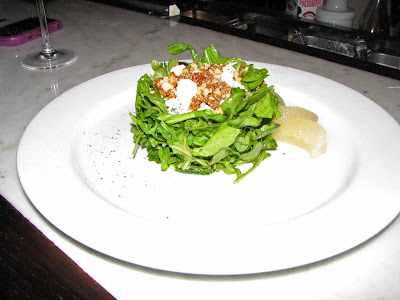 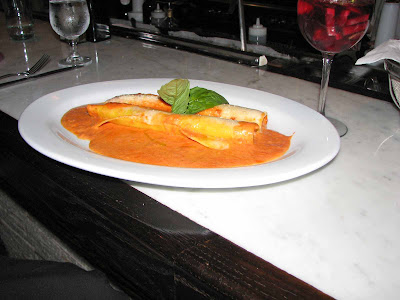 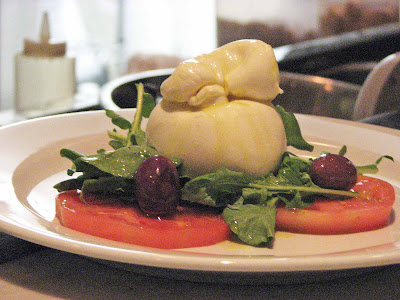 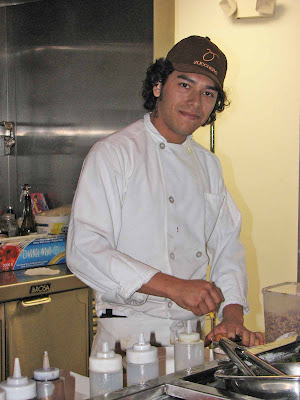 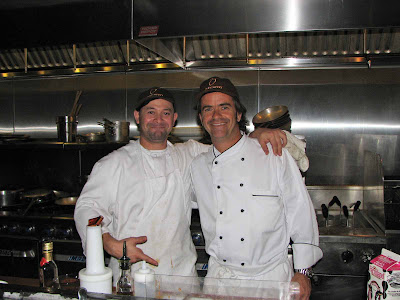 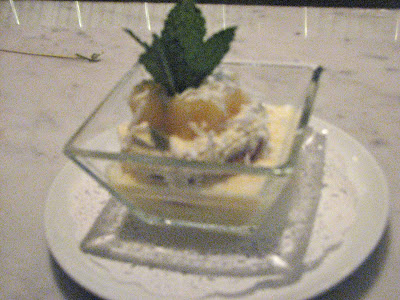 Pave with coconut and pineapple 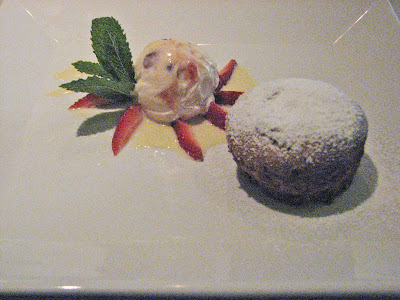 this is a guava concoction with  a hot guava filling that runs out when punctured! 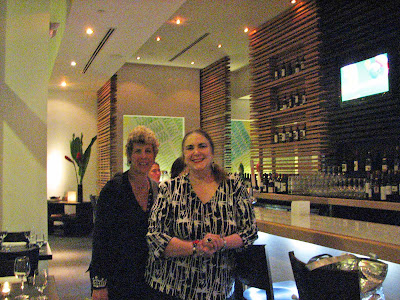 We were so stuffed after our wonderful evening at Zucchero, it was hard to navigate the thirty miles back to our Ft. Lauderdale hotel.  I felt sad saying goodbye to Chef Juca and was sad I hadn't gotten to see his lovely wife, Patricia, this visit.  Now  that I'm retired, I have no idea when I'll be back in Miami since the change in my income doesn't allow me to travel as I once did.  During my working life, a whole year without eating at Tutto Pasta would have been unthinkable!


During this time of recession, both of Juca's restaurants are offering incredible specials to allay some of the costs of dining out.  If you are in the Miami area, be sure to call and find out what they are.  One night a week, wines are fifty percent off and, other nights, pastas have special pricing.

Living in the San Francisco area, I am used to a huge choice of excellent retaurants.  Chef Juca's Miami restuarants can compete with the best of these!  I wish I could move Juca and Tutto Pizza, Tutto Pasta, Tutto  Pasta Factory and Zucchero out here.  Believe me, if he ever opens West Coast branches in this area, I'm going to ask him to let me  handle his public relations!  I am one of his biggest fans!