Tomorrow, I was supposed to be leaving for India.  It is a country that I have grown to love.  Over the last fifteen years of cruising with Royal Caribbean, I have made so many friends among the crew, from various parts of that country, that I am affectionately known by many, as their "American mother."

I met Ode Santos, a bartender in the Champagne Bar, on the Monarch of the Seas, shortly after I boarded in San Juan, Puerto Rico for my first cruise with Royal Caribbean.  He quickly became a dear friend and, less than two years later, I spent ten days as a guest at his home in Mumbai.  I was treated like a visiting dignitary by everyone in his family - and by other crew members who were home on vacation while I was there.  The highlight of the trip was a journey to Agra with his mother where we visited the Taj Mahal, a place I had dreamed about but never thought I would actually see.  It was an incredible experience.

Since that time, my Indian "family" has grown to huge numbers and I have been promising to return, hoarding frequent flyer miles to make the trip.  I have tried, on several occasions, to schedule a flight but seats were unavailable.  Finally, I found three weeks from November 15 until December 10th and I eagerly scheduled my trip.  Unfortunately, my mother's failing health necessitated a change in my plans.  With the three weeks I just spent in Georgia and the financial strain that imposed, plus the lack of time to prepare for the trip and arrange my visa, yesterday, I had the airline replace the frequent flyer miles in my account ( at the cost of $100! ).
I was in tears as I spoke to the KLM agent.  I have to write to all my Indian friends today.  I was going to many places throughout the country, staying at people's home during my entire stay.

I pray that I will still make the trip in the future.  What was so nice about these dates is that many of my crew friends were going to be on vacation at this time, making it even more wonderful for me.  Also, the annual release date for "The Eternity Magazine," a beautiful publication that is a forum for writers and poets globally, focusing on spirituality, peace, and the environment, is to be released in Mumbai this month.  Its editor, Harekrushna Mahanta, had planned for me to be there as a visiting guest poet from the United States., along with a Mumbai film director for media coverage of the event.  It would have been such an honor.


I've written two poems about India.  One I'll post today, called, "The Taj Mahal."  I wish I could find the beautiful professional pictures that were taken there.  I have searched so many times for them.  They have never turned up although I know I brought them home with me.  I cannot even put into words my feelings when I first saw the beauty of this incredible place! 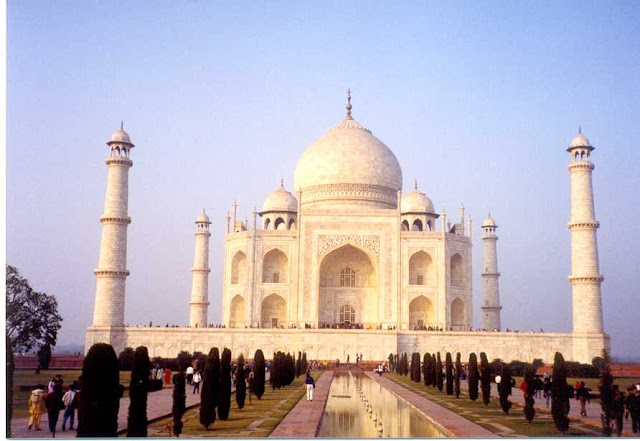 An architectural treasure,
A tribute to true love,
It almost seems to glow,
From a full moon above.

Such overwhelming beauty,
Reflected in its pool.
Its minarets standing guard,
Over India's treasured jewel.

Built on the River Yumana,

The Taj is an exquisite sight,
Symbolic of love for centuries,
Inspiring poets to write.