Somehow, I've really been lazy since getting home from our holiday visit to the
Sacramento area.  I did my own Christmas dinner on Sunday, turkey and all, and,
after spending hours in the kitchen, I've been a bit remiss in getting back on the internet
and in posting the promised blog about our Christmas day at the home of Christine and
Roger Calhoun, the new family I acquired when my son, Alex, married his lovely, Laura.
I couldn't be happier with my extended family.  I remember Alex commenting early on
in his relationship with Laura, "if you marry a girl, you marry her family as well so, if I
don't like them, I guess Laura won't be the one for me."  There's no question that Laura
is the girl for him and her family is terrific, too.

After spending Friday evening at Alex's, we drove to Antelope ( not sure how the name
was acquired as I didn't see any grazing as we made the half hour drive to the home of
Laura's parents ) about noon on Christmas day, carrying my spiced black olives,
artichoke fritatta, and garlic cheese ball.  Besides Christine and Roger Calhoun, Laura's
mom and stepdad, her grandmother, Trudy Gilkey was there and, soon after we arrived,
her brother, Robert Winterhalter, his wife, Kristen, and their little son, Conner, came.
Later in the day, Kristen's parents also stopped by.  We had a lovely afternoon, opening
gifts, and watching Conner open his.  I had to laugh, though.  He seemed to get the most
enjoyment out of the little Snowman box which his Grammy Gilkey had filled with Kix
cereal!  Finally, we all settled down to a delicious feast and lots of good conversation
and reminisces. 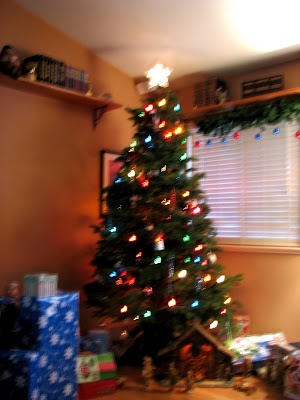 Somehow, this one is all blurry - but it's still pretty. 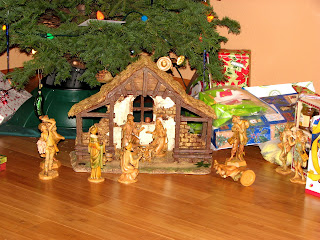 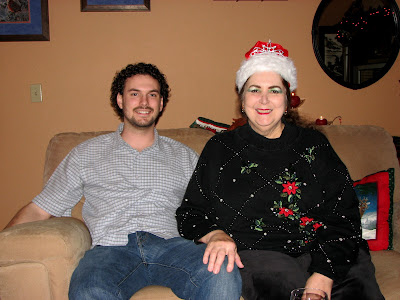 Jeremy with his mom, wearing her "Queen" Santa hat 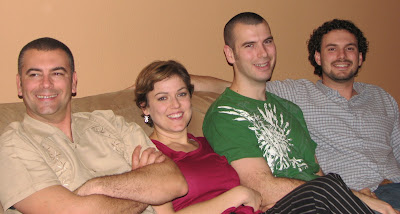 Laura with her husband, Alex, and brother-in-laws, Shawn and Jeremy 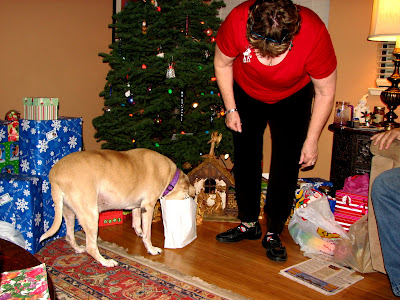 Santa left something for Gus! 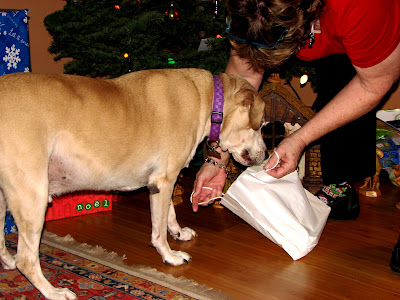 Here's a little help from Christine 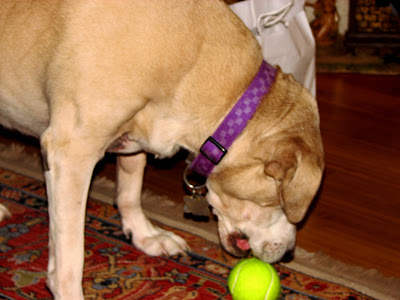 Wow, new tennis balls for me 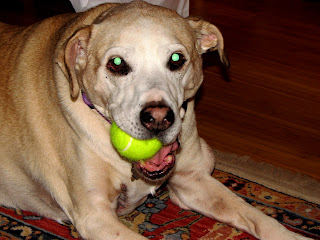 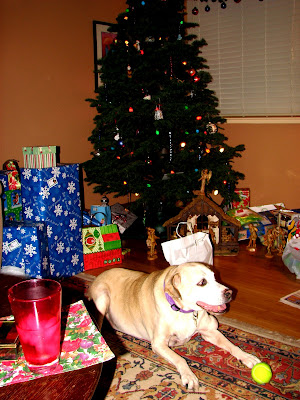 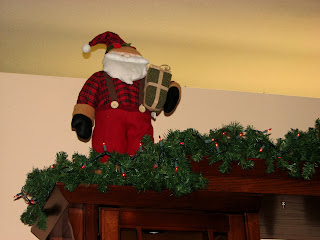 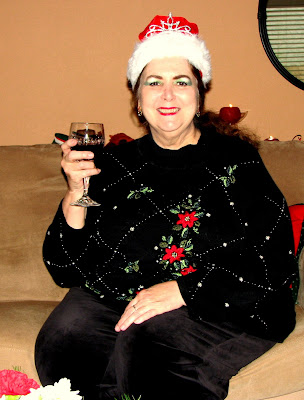 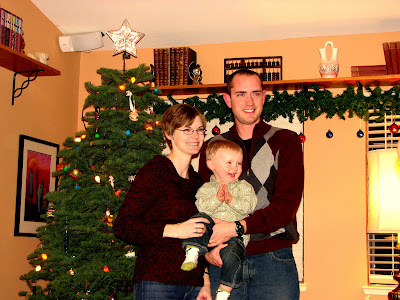 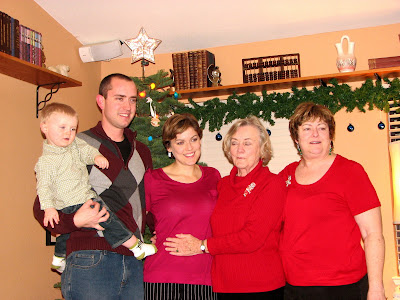 Robert, Laura and Conner with "Grammy" Gilkey and Christine, their mother ( Conner's grandmother ) 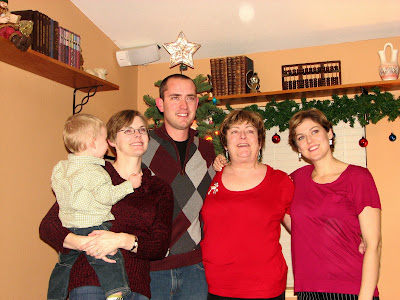 The Winterhalter clan ( before Christine and Laura married ) 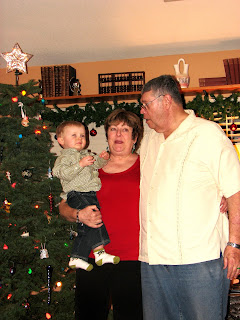 Conner with his grandparents 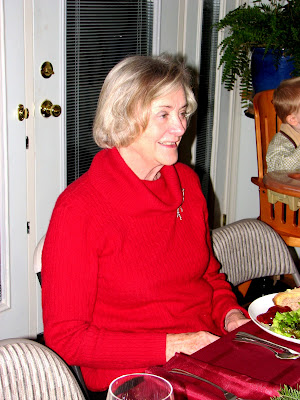 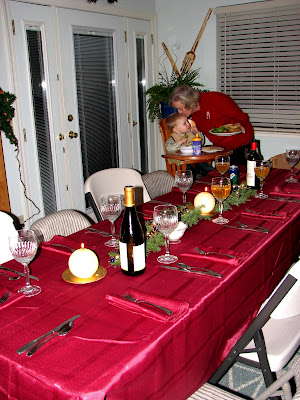