Well, it is amazing at how fast time is flying here in India. I am well into my
second week already and I am a bit behind on my list of things I want to
accomplish. However, I guess I really don't need a fixed agenda. My main
purpose in being here is to reconnect with Indian friends that are special to
me and I have certainly been working on that. I had a really wonderful
surprise, shortly after I got to Mumbai, when a Royal Caribbean friend, I
hadn't seen in almost a decade, with business in Mumbai, from his home
in another part of India, came over to see me. I cannot believe I didn't get
a picture!

I've been so warmly greeted by folks I met in this village fourteen years ago
when I spent a week before heading on to Bangkok and a southeast Asian
cruise. I have been moved to tears, really. There is so much laughter and
talk as people stop by after work and dinner and we sit up late into the
night. Conversation goes back and forth from English into Hindi ( sometimes,
folks forget I am limited by not speaking any of the other Indian languages ) -
I just smile and feel so happy, just to be with everyone.

For all practical purposes, by American standards, life seems difficult here.
My friend, Lorna, won't let me do a thing which, I'm sure, adds to her work
load. She is up at 7AM, preparing chai, seeing her two sons off, one to work
for Jet India, the other to school. Though I normally don't eat breakfast,
she won't head to work herself without leaving something for me for
breakfast, no ifs, ands or buts. She also leaves something prepared for
lunch. If I ate all she fixed, my pre-trip fifteen pound weight loss would be
all for naught.

There is a servant lady that comes in morning and night to do major cleaning
and to wash clothes ( by hand ) and hang them on the terrace upstairs.

My friend, Santos, who is F & B manager at a small hotel not far from home,
normally works the evening shift and leaves about 1PM, returning by midnight.
Food is ready and waiting when he arrives. He and the oldest boy, Nick,
travel by motorbike. There is no car. Thankfully, Mumbai passed a helmet
law but, as far as I can see, most of the population chooses to ignore it.

Traffic here is terrifying. Nothing in the U.S., in my opinion, even the likes of
Los Angeles or New York, can compare. Mumbai doesn't seem to know
what traffic lanes are. People don't signal at all and five rows of traffic try to
occupy one lane, especially fearful if you are riding in an open auto rickshaw.

There are so many religions and many holidays to celebrate all of them. For
the most part, it seems that there is religious tolerance and people get along
quite well. I hear there is a great deal of corruption ( from my friends who are
Indian ) and, often, bribery is uitlized to get things done ( in business, govern-
ment, etc ). Yet, it is such an enchanting country, where such honor is given
to one's elders, Bollywood outdoes Hollywood in sheer number of films
produced and the colors of saris and beautiful attire rival that of the glories
of nature.

I'm afraid my time here will go much too fast and I will shed many tears as I
say goodbye to India. I can't bear to think about it now. 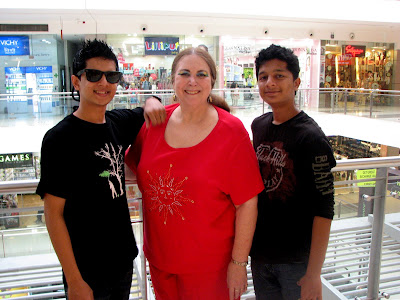 Out shopping with my "nephews", Nick and Jake Santos 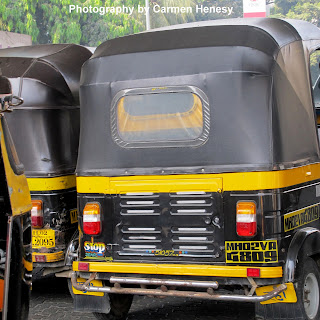 There auto rickshaws, which are open on each side, are one of the main means
of transport.  They get so close to each other, you can reach out and touch the
people in the one next to you.  I always feel like I should have on a helmet and
pads when I'm riding in them!!! 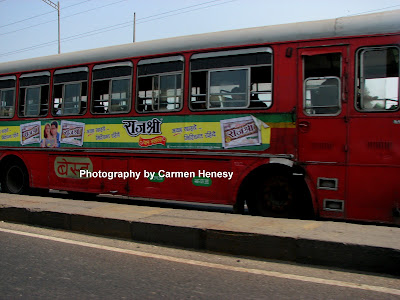 This might be a better way to go...above the traffic a bit! 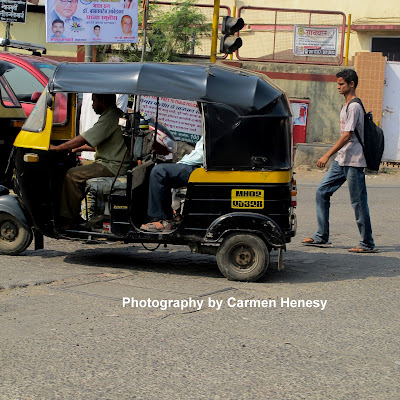 Here's a better side view of the auto rickshaw. 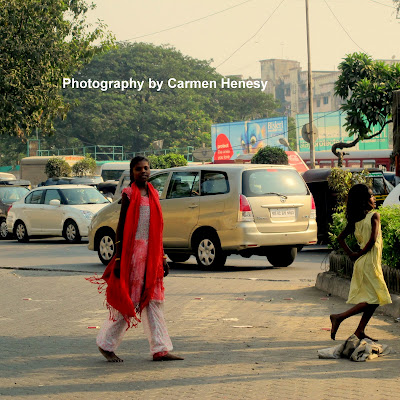 The little girl in yellow, oblivious of traffic, was doing a happy dance in the street 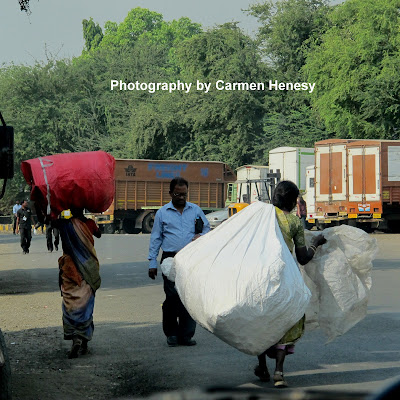 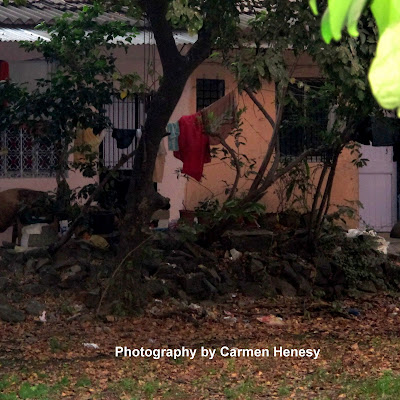 Home in Sahar Village, near the international airport, Mumbai 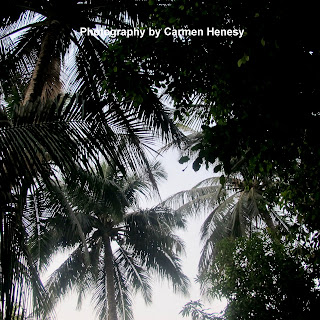 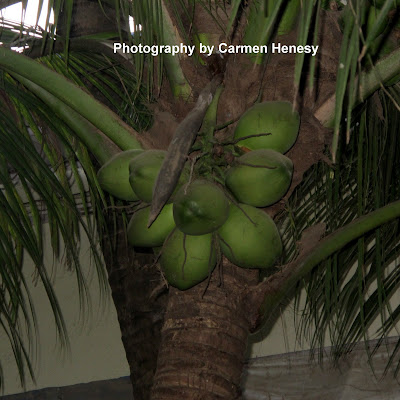 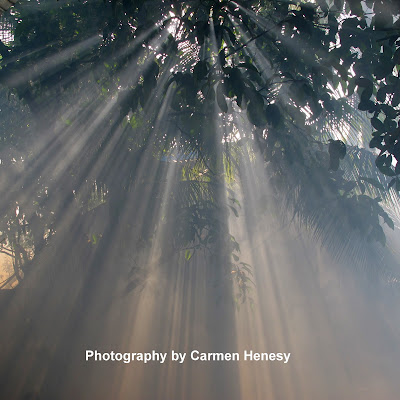 Spraying for mosquitoes is a necessary evil.

While 85 - 90% of malaria fatalities occur in sub-Saharan Africa, it is endemic
in a broad band around the equator.  Sadly, one million deaths occur annually.
I was quick to follow CDC guidelines for anti-malaria drugs, which I began a
week before departure and will continue for a month after I return home.  My
Indian friends sleep under mosquito nets and CDC recommends the ones that
are pretreated with an insecticide.  Regardless, I looked like I had the measles
after the first few days until my friend bought, Odomos, a nicely rose
scented mosquito repellant. 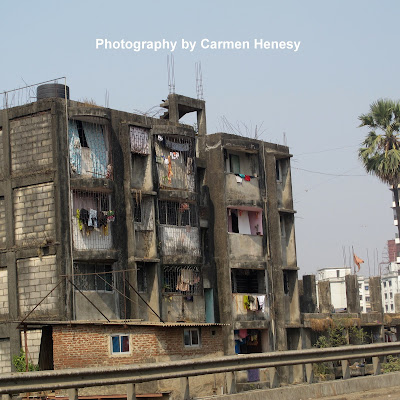 Apartment building along the road into downtown Mumbai 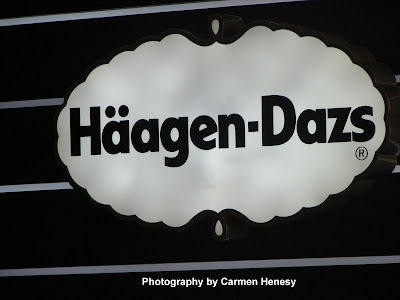 Some things are the same the world over! 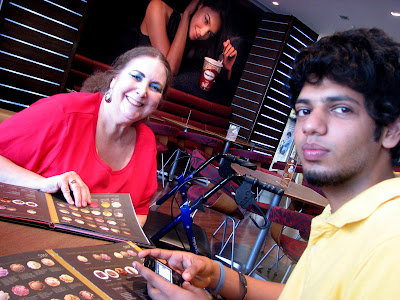 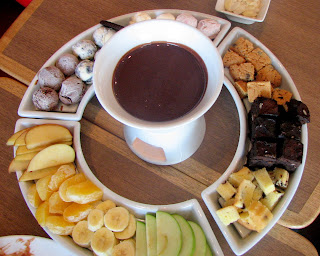 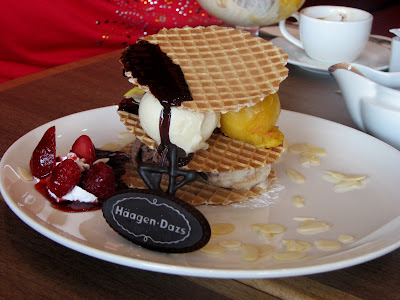 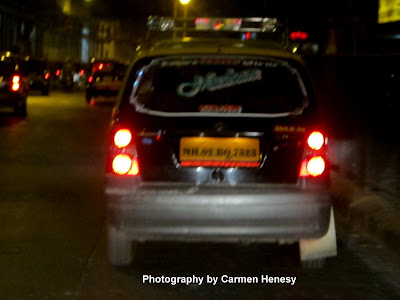 Out to see the Gateway of India 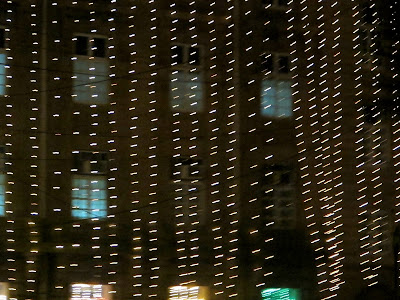 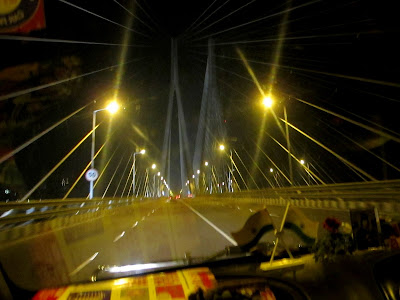 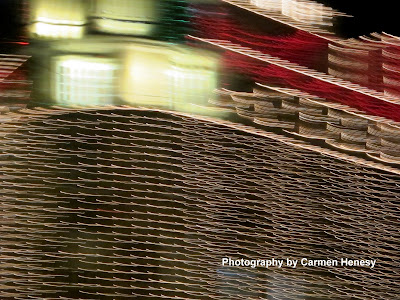 Whirling by the lights of the city 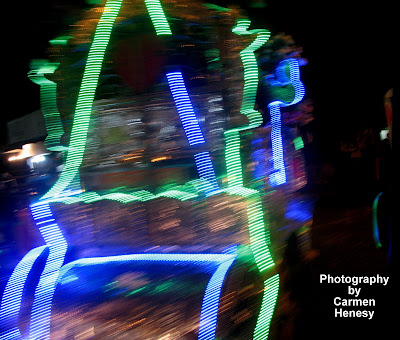 Psychedelic lights of a Victoria carriage near the Gateway of India
The day of the Victoria carriage in Mumbai is drawing to a close, after 130
years. Animal rights activists have deplored the conditions of the facilities
where horses are stabled and legislation has been passed to eliminate this
symbol of Mumbai.Tourists will have to find some other way to see the area
around the Gateway 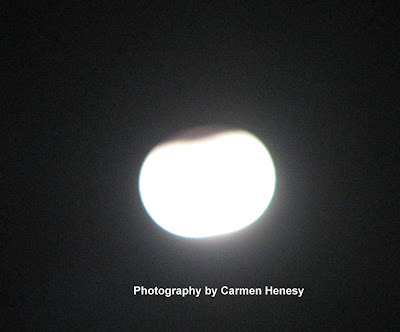 The lunar eclipse from the harbor at the Gateway of India 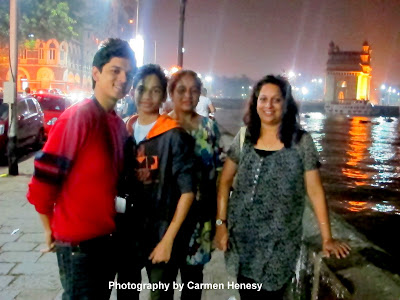 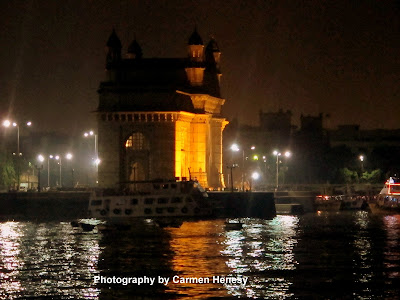 The Gateway of India, an example of  both Hindu and Muslim architecture,
was built to commemorate the visit of King George V and and Queen Mary
to Bombay, in December 1911. It seems fitting that the last British troops
leaving India exited through this gateway, as well - in a ceremony on
on February 28, 1948. 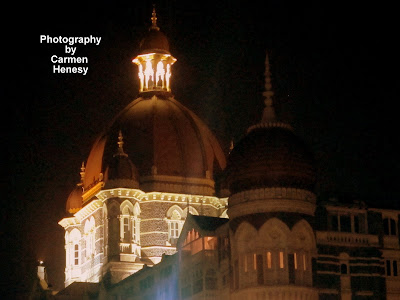 The Taj Palace Hotel at the Harbor in Mumbai has received many famous
guest including the Beatles and the Obamas.  It was the scene of the 2008
terrorist attacks that killed at least 167 people. 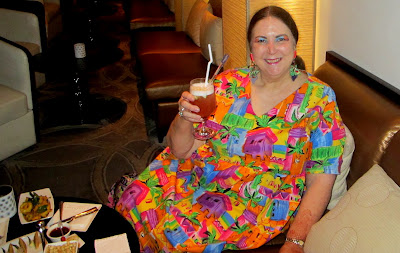 Having a drink at the Harbor Bar in the Taj Palace 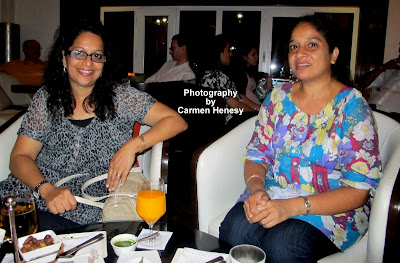 With sisters, Lorna Santos and Alma D'Souza, at the Taj Harbor Bar 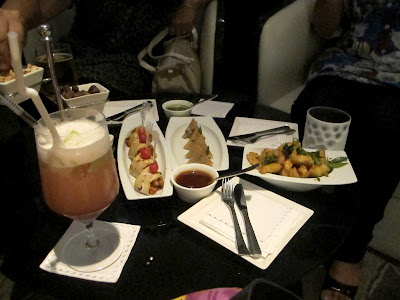