﻿Sundays in My City - Rufus Wainwright - November 14, 2010
I had had a rough week, getting sick the last day of October, being admitted to the
hospital on November 5th and staying at Seton Medical Center until the afternoon
of November 9th.  I had been invited to attend the Rufus Wainright concert at
Davies Symphony Hall on Friday, November 12th, along with my friend, Jo.  Though
I still was 100%, with my ankles and feet about the size of Dumbo's, I wasn't going to
miss such an occasion.  Rufus Wainright, a 37-year-old Canadian American singer
songwriter, was performing five Shakespearean sonnets as the solo vocalist, with
music he had written, accompanied by the San Francisco Symphony.  I knew him
best as the composer of "Sanssouci", a beautiful song which is the title album of a
dear friend and fabulous jazz singer, Sony Holland ( http://www.sonyholland.com/ ).  Our
seats were in the orchestra, only a few rows from the stage and, following his
performance, Rufus met for a question and answer session.  He is quite pleasant
and charming and multi-talented.
Following the concert, we stopped by a famous San Francisco eatery, Tommy's Joint.
I am on a very restricted diet for thirty days so I had to settle for a ham sandwich with
no condiments though I certainly looked longingly at all the other offerings. 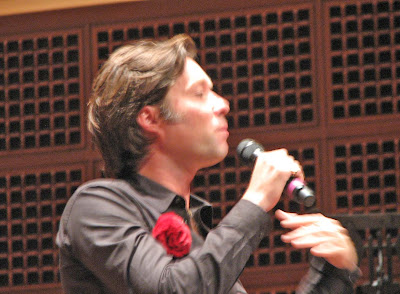 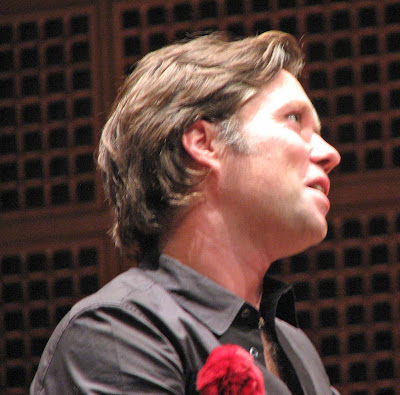 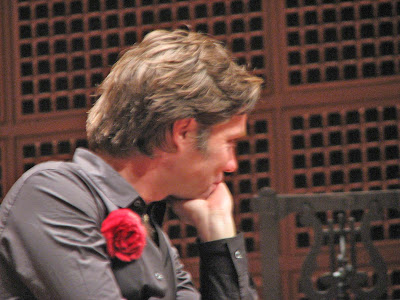 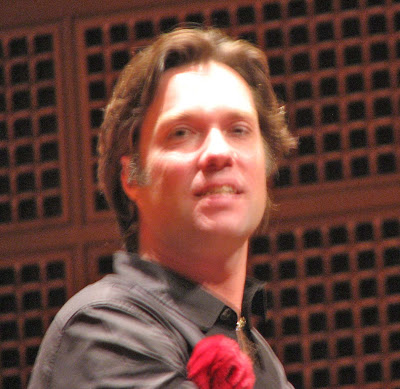 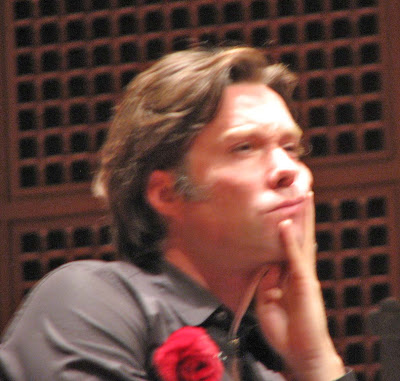 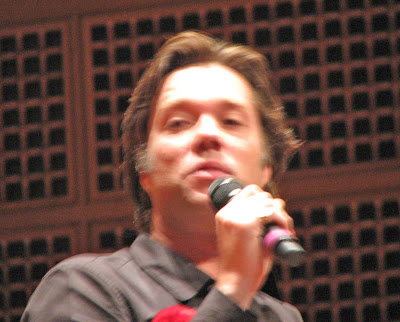 With﻿ performances taking place both at Davies Symphony Hall and other venues in the
area, we had to park nearly three blocks away.  It was beautiful, though, seeing city hall
all lit up, complete with the tributes to the San Francisco Giants and their World Series
victory! 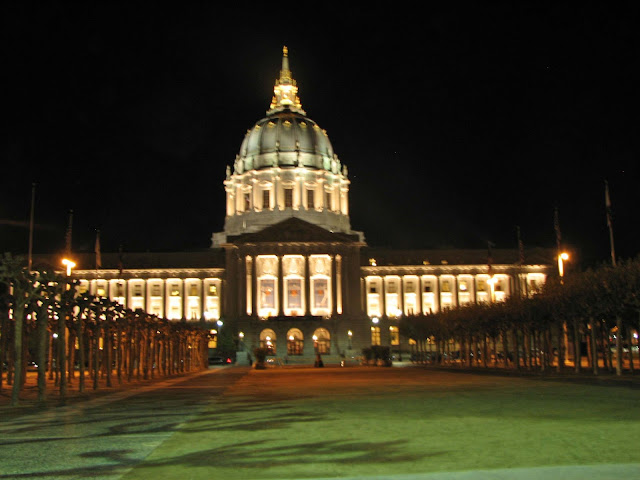 ﻿San Francisco City Hall
San Francisco's City Hall reopened in 1915, after being completely deystroyed in the
1906 earthquake.﻿  It occupies two full city blocks and has the fifth largest dome in the
world, rising higher than that of the nation's capitol ( info from Wikipedia ).  Mayor
George Moscone and Supervisor Harvey Milk were assasinated here November 27,
1978. 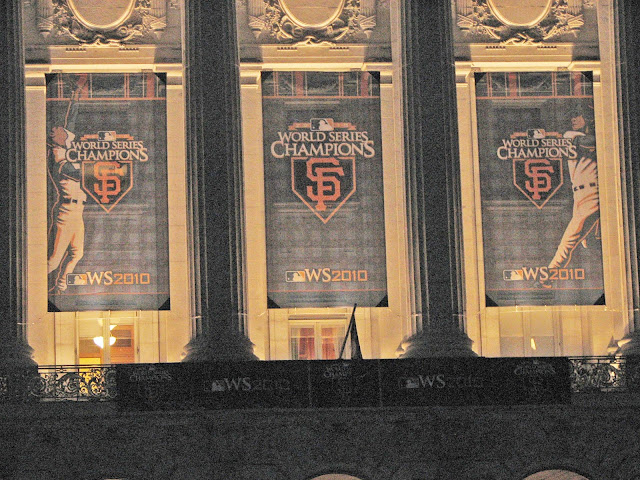 City hall commerative to the Giant's winning the World Series﻿ 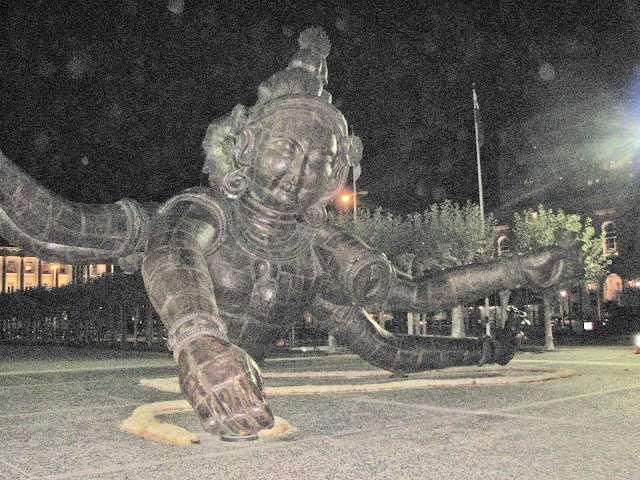 The statue of Three Heads and Six Arms 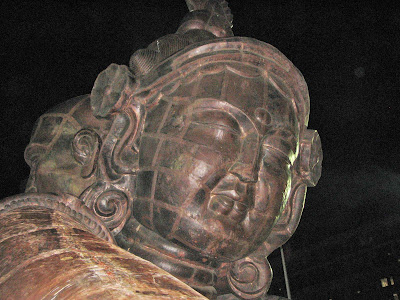 One of the three faces
In May of 2010, in honor of the sister city status between Shanghai, China and San
Francisco, famous Chinese artist, Zhang Huan, created a huge statue which was placed
in the Joseph L. Alioto Performing  Arts Piazza, across the street from City Hall.