Mellow Yellow Monday - Night Scene in Malaga, Spain - November 29, 2010
Malaga is a beautiful Andalusian city on Spain's Costa del Sol, on the shores of the
northern Mediterranean.  It is one of the world's oldest cities, founded by the Phoenicians
about 770 BC.
Its moderate climate, even in the winter months, make it a very popular tourist
destination, along with its many historical and cultural venues.  The city is a showplace
of various architectures.   Having been occupied by the Moors and under the influences
of both Islam and Christianity, Malaga's churches and buildings reflect tht influence.
Pabo Picasso and Antonio Banderas are but two of the famous sons of Malaga.
I regret not spending more than 24 hours here at the end of my Mediterranean cruise.

We were at a lovely little hotel right near the heart of town which was so convenient to
everything and we needed, at the very least, another two days, to properly see the
historic sights and to enjoy Malaga's charm and ambiance.  If there is ever a next time,
I'll plan appropriately!! 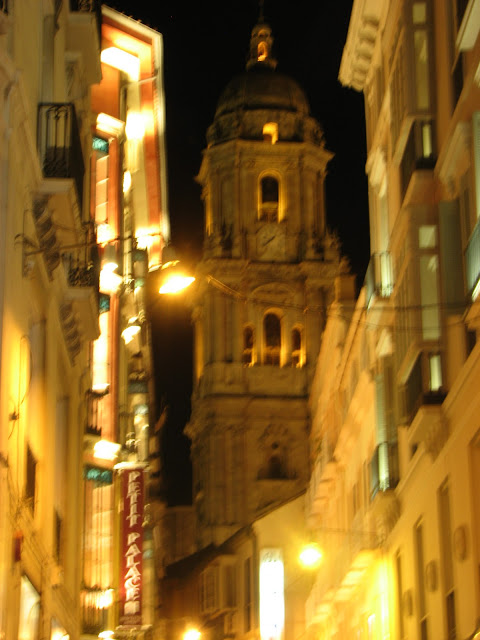