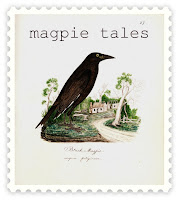 Melanie got home about midnight, exhausted.  She missed the wonderful cool San Francisco temperatures and the diversity of the city by the Bay.  Her year at the California Culinary Institute had gone by in a blur and her series of jobs at mediocre restaurants since her return to Atlanta had been nothing but disappointments.  Ben still hadn't arrived from his evening shift as a concierge at the Buckhead Ritz Carlton.  They planned an early start to head out into the country in hopes of finding something suitable to open as a bed and breakfast.  They  put every cent into savings for this purpose and, when Melanie's father died, the sale of his small house was earmarked for for the bed and breakfast fund as well.  Their wedding, once again, was postponed.
Every weekend, for the past six months, they had looked at real estate ads and driven to see properties within two hours of Atlanta, that showed any promise of fulfilling their dream.  Nothing was ever suitable, mainly because the prices were so exhorbitant.  They got up at 7AM on Saturday and, after a delicious spinach, gruyere torte and strong French dark roast coffee, ventured out into the blistering heat.  Three hours later, spirits sagging, after seeing  three disappointing old houses, they turned down a road, overgrown with kudzu and blackberry vines.  Wild honeysuckle grew everywhere and the heady fragrance hung heavily in the hot air.  They passed a large lake, then turned down a wide, rutted dirt drive lined with oak and magnolia and there before them was a huge house.  It had white columns and and a large verandah that ran the entire length of the house.  The second story had several balconies, two that clearly needed repair.  Melanie drew in her breath.  It looked like a scene from "Gone With the Wind."
The realtor met them a half hour later and took them through the house, an antebellum home that had been built in 1850.  The male members of the original family had not survived the Civil War but the home had been kept in the family until World War II.  The house had been sold to
five buyers since that time but had been empty since 1980.  There had been some vandalism
in the years since and the old mansion definitely needed renovation.  The current owners were asking $150,000 for the house, the outhouses and the ten acres of land.  Melanie and Ben did not hesitate and immediately put in an offer.  They knew it would take them a great deal of work but they could see the finished product, with its ten bedrooms, the huge ballroom, the parlor, large kitchen, dining room, and spacious grounds.  They would do a good deal of the work themselves and, eventually, Magnolia Manor, would open to paying guests.
A year later, their savings were nearly exhausted but most of the work was complete.  Melanie and Ben had taken on the task of  making a back garden behind the house. They were digging in the yard near the old root cellar when Ben's shovel hit something.  Several hours later, they had unearthed four trunks.  Fading gold initials on each showed the monogram, JLM, the initials of the wife of the owner of Magnolia Manor.  Excitedly, Melanie and Ben opened the trunks and went through the contents.  One was packed with twenty-four place settings of exquisite blue Minton willow china, complete with two dozen serving pieces.  Another trunk held a beautiful lace wedding gown and veil. Inside the third trunk lay two dozen pieces of what appeared to be very expensive jewelry.  It was later appraised at $300,000 in value - an incredible diamond and ruby necklace with matching bracelet and ring, a beautiful diamond solitaire ring and matching band, a diamond tiara, an emerald and diamond necklace and a matching bracelet and ring.
On New Year's eve, Melanie and Ben were married in the ballroom at Magnolia Manor.  She wore the dress and veil that had been hidden in the buried trunk at the start of the Civil War and the diamond solitaire and diamond band were on her finger.  The first Manor guests  feasted on the Willow china that week, dining on a superb menu prepared by the resident chef, Melanie Bowman.  It seems that dreams really can come true.
Posted by RNSANE at 5/18/2010 02:00:00 AM