A Week in Mumbai, Filled With Frustrations and Deluges - 6-11-13


Well, my journey to India was as usual - long and exhausting.  It was my first time
to fly on Virgin Atlantic, the carrier I took as far as London.  For some reason, I
was upgraded to Premium Economy, a blessing, as the flight was completely
full.  At least, when the passenger in front of me reclined, I didn't have bruises
on my knees.  Ten hours after my San Francisco departure, we touched down
at Heathrow where I had a SEVEN hour layover.

I was wheeled to the transit area where people are taken to their connecting
terminals ( no such luck, of course, that I might be flying out of the same terminal ).
That was like Grand Central Station....uh, no, perhaps like Victoria Station.
Passengers of every ethnicity clamored to go to their respective gates but, as I
had seven hours, I told the agent to proceed, I was enjoying the entertainment.
Finally, I arrived, via bus, at the terminal to board my Jet Airways flight to Mumbai
for a nine hour journey.

It was my first time on an international jet airways flight.  The flight attendants were
beautiful, in their Indian-style uniforms, and very nice.  Of course, once again, the
flight was completely full...but uneventful.  When I arrived in Mumbai, my driver
from the Transit Hotel was there waiting, with a big smile ( I am well known to them
as it is my place to stay in Mumbai ).  The front desk clerk said they appreciated
my sending my photo along with the reservation so they knew I was coming.

Once at the hotel, I began responding to dozens of ads for "paying guests" -
roommate sharing.  I had specific requirements, though....wanted a single room
and no stairs.  Seventy calls later, I began contacting brokers, something I hadn't
wanted to do - as their fee is the cost of a month's rent.

After two nights at the Transit, at $100/night, I knew I needed to find a cheaper
hotel.  I needed to preserve my funds.  I transferred to the J. K. Regency.  An
amazing driver, Prabu, with a small taxi, managed to get ALL my bags into his
cab, no small feat.  I got his mobile number for future use.

The J. K. Regency did not look like its pictures.  I had read the Trip Advisor reviews
before booking and that should have kept me from choosing this hotel.  Awful barely
describes it.  Dirty, bell staff in uniforms that look as though they have never been
laundered, halls dark and filthy...but, at $35/day, I stayed. 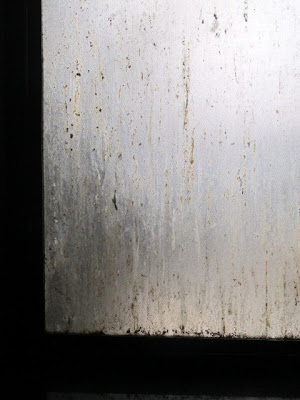 My bathroom window at the J. K. Regency, Mumbai 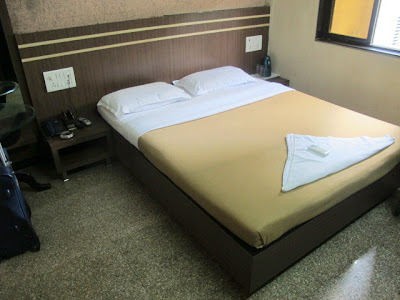 My bedroom, with its rock hard bed, threadbare blanket 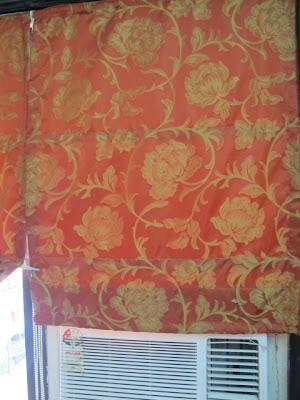 Soiled curtain but, amazingly, the air conditioner is superb 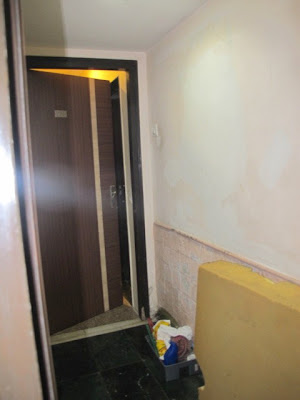 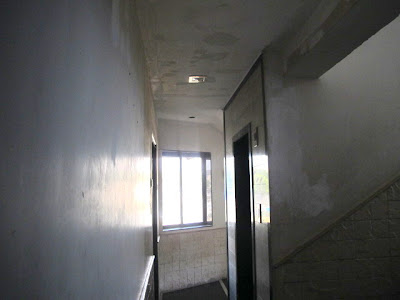 My hallway by the elevator

Here is my review of the hotel on Trip Advisor.  I can't believe some people
actually rated this place three stars! 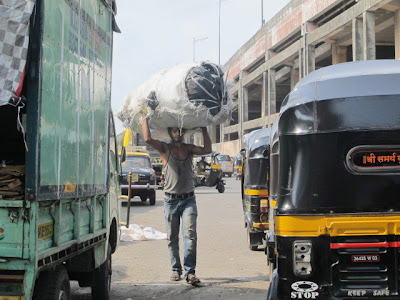 Outside the hotel, rain or shine, life goes on.  I am always astonished at the heavy loads
people carry on their heads - and in the midst of chaotic traffic! 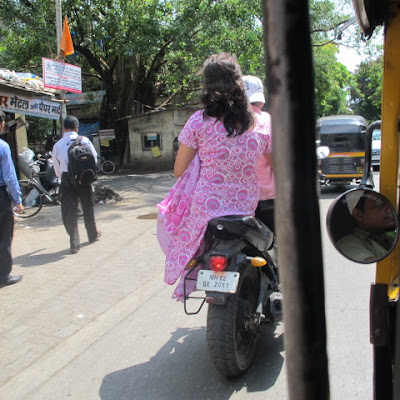 Thankfully, this day was dry.  Otherwise, people are walking almost knee deep
in water.  As you can see, this woman has on no helmet - and she is riding
"pinion" ( side saddle ) in her sari.

I'm off shortly for another day of looking for a place to live.  Please everyone,
think good thoughts and say prayers that I meet with success soon.