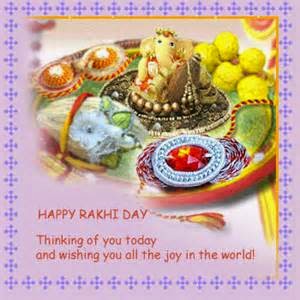 Spending so much time in India, I've had the pleasure of experiencing many
of its religious and cultural celebrations and holidays.  Raksha Bandhan is one
of my favorites and I wish we had a counterpart in the United States.  It is a Hindu
festival which celebrates the love and duty between brothers and sisters.  It
has also come to celebrate any such devoted relationship between men and
women who are not related biologically.

Raksha Bandhan is an ancient festival, celebrated worldwide by Hindus, Jains,
and many Sikhs.   On the full moon day ( Shravan Poornima ), a sister ties a rakhi
( sacred thread ) around her brother's wrist, symbolizing her love for him.  She
offers prayers for his well-being and for his life-long vow to protect her.  The brother,
then, affirms his promise to protect his sister.  It is a festival which affirms family ties.

Preparations for Raksha Bandhan may begin well in advance.  Many sister weave
the rakhi for their brothers.  Some keep it simple with colorful string.  Others add
amulets and stones

This symbolizes the sister's love and prayers for her brother's well-being, and the brother's lifelong vow to protect her.[10][11] The festival falls on the full moon day (Shravan Poornima) of the Shravan month of theHindu lunisolar calendar.[12] 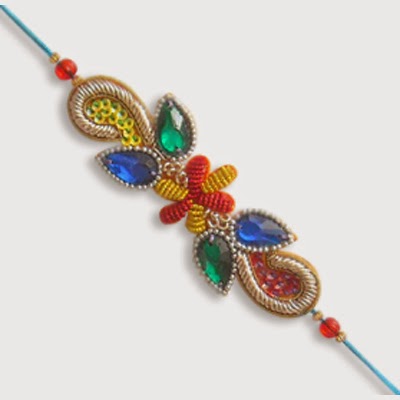 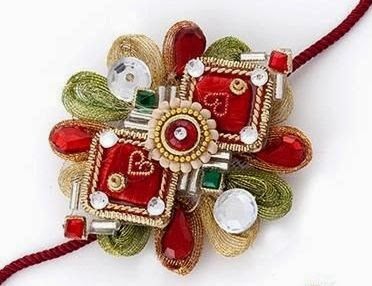 The ceremony, typically, is performed in the morning, in front of parents and other family,
with a diya ( lighted candle ), rotated around the brother's face, while the sister prays.
After prayers, the sister applies a mark ( tilak ) to her brother's forehead.  Next, the
sister feeds the brother some sweets from a rahki tray. 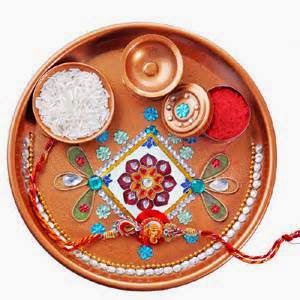 There are many websites and resources available if you would like to know more
about this special Hindu festival.  It is one of my favorites.

I am participating in Unknown Mami's

Sunday's in My City

How was your Sunday?  Let us know in this forum!