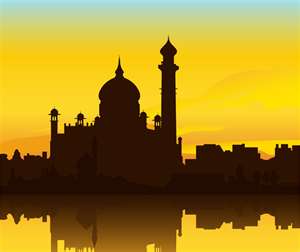 Sometimes, I feel that my sojourn in India is just not meant to be.  My
plans always meet with delay and this trip is no exception.  I was due to
leave San Francisco on October 23rd and to touch down in Mumbai two
days later.  Alas, my departure had to be postponed.  First of all, a
subpoena from the superior court of San Francisco arrived for a trial
starting on October 12th "to completion" for a case I did some years
back - with the ominous threat of arrest for contempt of court if I
failed to appear when summoned.
Reluctantly, I switched my outbound "free" flight to Korean Airlines
from L.A. since nothing was available on Air France, the carrier I'd
been booked on previously.  That frequent flyer ticket cost me $179
in taxes, etc...not too bad for an India round trip ticket.  For the
Korean Airlines flight, I had to buy mileage, for an additional $345.
Of course, I'll also have to buy a round trip ticket to LAX, making
my "free" ticket amount to more than $500!
The only nice thing about this is that I am allowed stopover in Seoul
with this ticket.  Since I've never been to Korea, I'm staying two
full days - though it will be really cold and my suitcases will be
packed for the hotter climate of India.  I do love Korean food
( well, if truth be told, I love most food! )!  I plan to ask my good
friends who own American Sushi House up the street what I
should see and do during my two days ( they have a Japanese
restaurant but they are both Korean! ).
I hope I can do most of the final packing and rent a truck to haul
all the debris so that Jeremy can get back from his two week vacation in
Mexico to find almost everything done.  That poor guy worked almost
singlehandedly to demolish much of my old furniture and garage
shelving and haul it to the dump.  He was amazing!  He'd just resignedd
from his two year position at Maxim Intergrated Producsts and was
immediately hired at Genintech for an amazing salary and wanted to
squeeze in a vacation before that job started.
I have been trying to let go of a lot of my belongings in anticipation
of moving to MUCH smaller quarters on my return from India.  It
will certainly take some adjustment.  I just wish the San Francisco
area had nice affordable duplexes like the lovely two bedroom one
my mother rented in Columbus, Georgia for about $600/month.
She lived in hers for 18 years.
I'm sad that my stay in India will now be much shorter.  I arrive on
Saturday, November 19th and return to Los Angeles on Thursday,
March 29th - that's 37 days less in my beloved India than I'd planned.
I will just have to win the lottery so this will not be my last trip! 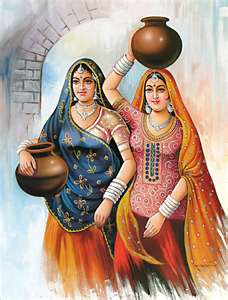