I have been so remiss of late.  My last post was at Diwali and here we are, with
Thanksgiving just around the corner.  I'm experiencing a mixture of emotions, joy
at the thought of seeing my family again, especially when I think of getting to know
that bubbly chubby Harper but sadness, also, when I face bidding farewell to this
India I've grown to love with all the friends I have here.  It is always hard because
I don't know exactly when I will return but God - and Ganesha willing - I'll come back -
though not for so long a stay in the future...a max of four months, I think.

I've been a bit under the weather for a few days.  I got up to Pune to visit with Ralph
DSouza, his wife, Belle, litte, Sofia, and her brother, Wilfred, and the rest of their
wonderful family.  It brought back such great memories of Royal Caribbean Days.  I
met Ralph fifteen years ago when I first began cruising and he was one of my first
Indian "sons."  He, Ode Santos, and Milind Sawant are the only ones I've actually
gotten to visit.  Belle and Sofia came from the Philippines, both with colds and I
seem to have acquired one, as well - either from all the kissing going on or from
my bus ride each way.  I finally ended up going to see wonderful Dr. Margaret here
in Mumbai ( who went to medical school at Johns Hopkins in the U. S. ) and she gave
me a whole slew of meds, including antibiotics ) 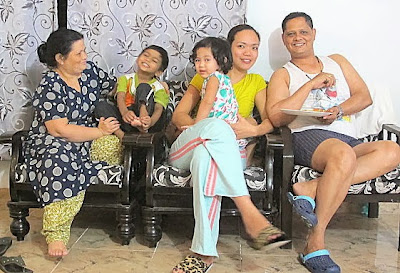 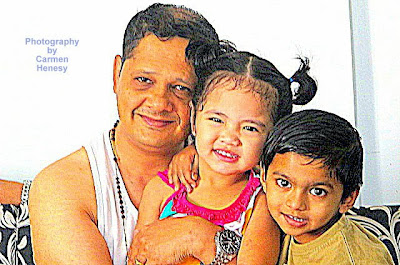 Ralph and his two little ones, Sofia and Wilfred 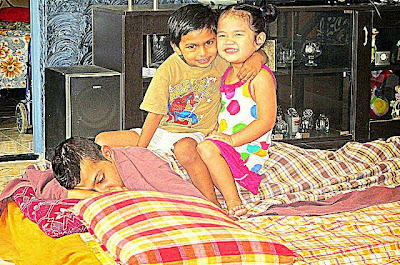 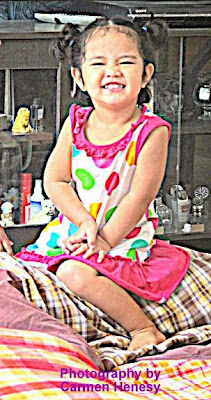 One night, Terence DSouza decided to take me out to dinner for Kashmiri food
at a restaurant owned by his former boss  - one of three places owned by his boss/
friend.  We chose Janaab, a considerable distance from their home and agreed to
meet for a taste of kebabs at the new place and end up for cocktails at Northern
Frontier where Terence had been restaurant manager.  I had never eaten Kashmiri
food before but I already knew I had to try the ran, a whole leg of lamb marinated
24 hours in special Kashmiri spices.  I decided to try a number of starters so we
would have plenty to take back to the family at home.  Good grief, did we have a
giant doggie bag!

We had tabak maaz, deep fried, double layered mutton ribs - very crisp and tasty,
finished in a flash.  Next came chicken kanti, chunks of chicken marinated in Kashmiri
red chili paste and crispy fried.  Followed by that was fish tikka, barbecued over
charcoal, then mushroom tikka.  Everything was delicious but the ran was absolutely
incredible.  I had to pick up the bone and eat every bite of the meat. 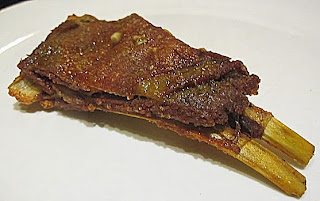 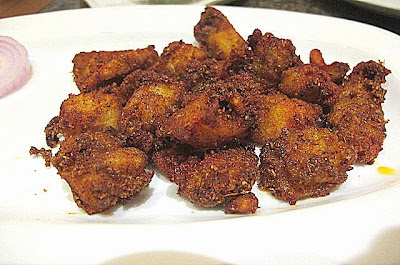 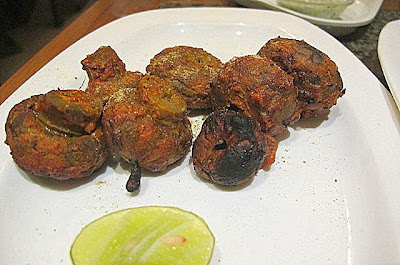 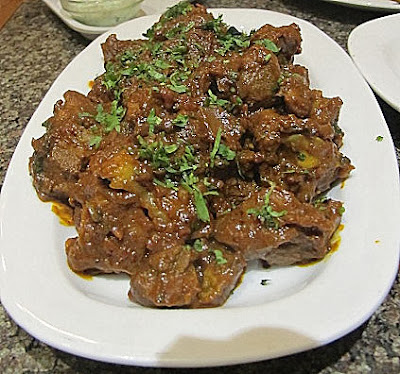 A fabulous HUGE plate of ran or mutton leg 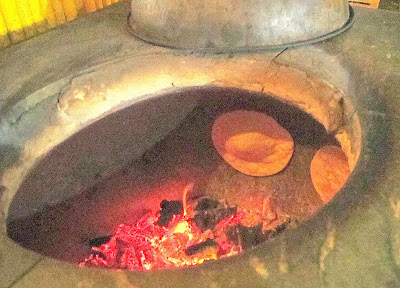 Roti cooking in the tandori 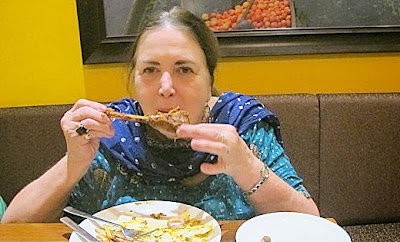 Enjoying every last piece of meat of the ran 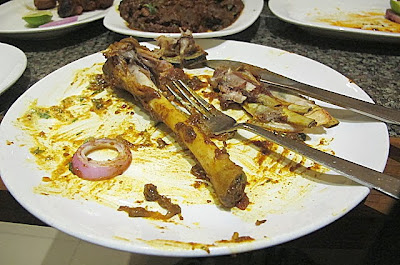 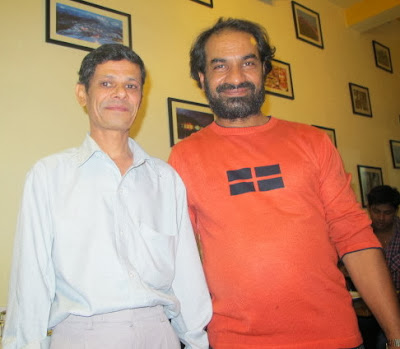 Terence, with his friend, owner of the Northern Frontier, Janaab, and another new spot 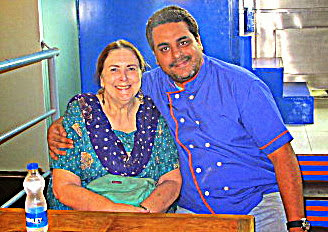 Ali, photographer and creator of the marinades of the great kabobs
at the new restaurant

Finally, we made it back home, after stopping briefly at the Northern Frontier
for a drink, then had a nightcap and leftovers with the family.

Next morning, of course, the children were up bright and early.  Uncle Darrel and
Papa were ready for a photo shoot before breakfast. 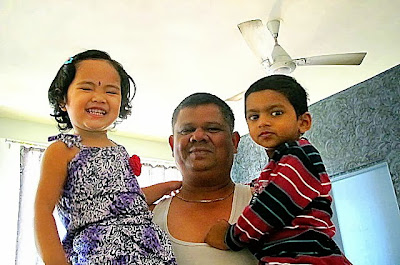 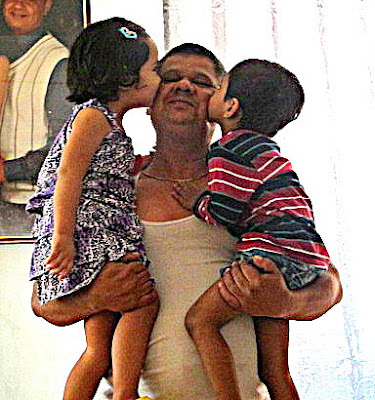 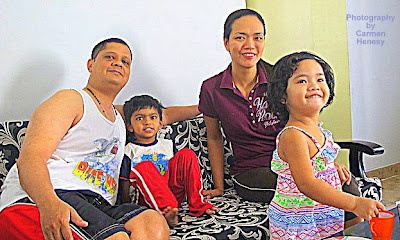 All I can say is, it sure  is quiet and lonely without my Dsouza family and the little
ones around.  It was such a special three days being back in Pune with them again,
especially to have Belle and little Sofia part of it.  Thanks to all that clan for always
making me feel so special.  Danyivad!!! I love you all.