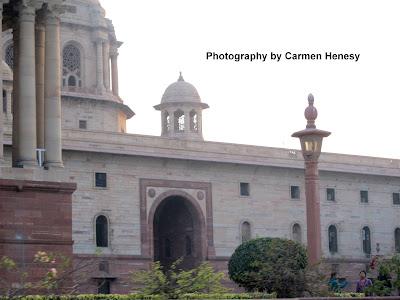 Well, back home in the cool San Francisco Bay area, it's Thursday night, 11:15PM.  I'm
in a state of perpetual confusion, living between India and the Golden Gate Bridge.  I
enjoyed my brief two and a half months at home though I never could seem to get warm.
After the 25 pound weight loss during my last India visit, I seemed to feel the cool
temperatures much more.  Since all my clothes were packed to the ceiling in storage, I
couldn't even access them.  I, finally, ordered a couple of pairs of sweats and bought a
heating pad so I could sleep comfortably!  Also, even with wining and dining ( oh, it
was so wonderful to have good wine again ) with family and friends, I managed to keep
off the weight!  Hopefully, I'll lose a bit more this go round and return to delight my
orthopedist even more.

My flight to India this time was much longer than last.  I went from Oakland to Seattle on
Alaska Airlines, then from Seattle to Seoul on Korean Airlines.  After a three hour layover,
I continued on Korean Airlines to Mumbai.  It was my first flight ever on Korean Airlines
and the service was superb - as were the meals.  I chose Korean food both flights -
yummy - and even got kimchi the second meal.   Once, when I accidentally hit the call
light, a flight attendant appeared instantaneously. 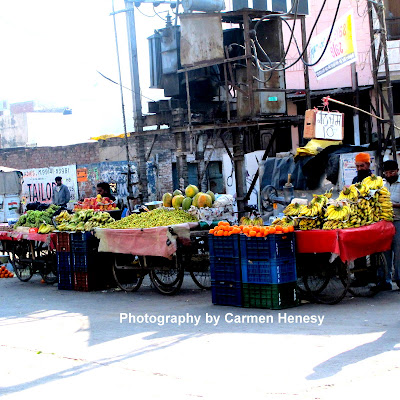 I am excited about being able to spend a month in Jaipur which will be on the radar
of more Americans since the release of  "The Best Exotic Marigold Hotel".  I saw the
movie twice in one week.  I have already arranged for my friend and taxi driver, Lala,
to pick me up at the airport.  We have stayed in touch ( that wonderful Skype! ) since
I left India and he had warned me that Jaipur is very HOT right now.  The monsoons
are supposed to come with my arrival and people are longing for the rains.

I will try to post often but the picture situation is another story.  I had forgotten how
problematic uploads are with my Tata Photon Plus.  It is incredibly slow and takes
hours to upload a few photographs.  I will have to research something better or a
locale that has high speed internet for my use.