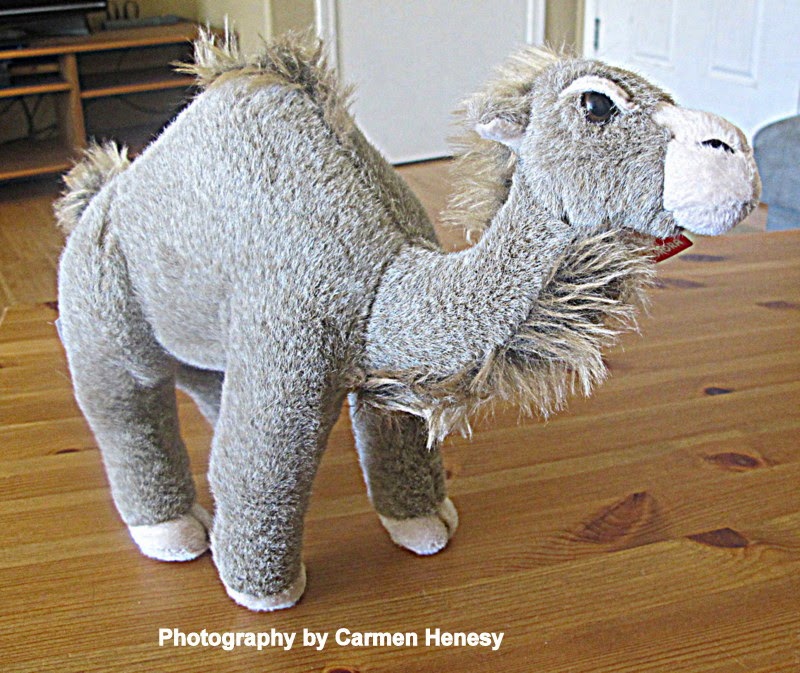 Tuesday night, my oldest son, Shawn Smith, who is with the USAF Reserves, landed at the
Sacramento airport, with part of his squadron of the AFRC 945th, based at Travis AFB,
California.  Shawn, who is a master sergeant, has been a reservist almost twenty
years now and had been deployed with his group to Kuwait for six months.  I
hadn't seen him in nearly a year, though, since I went to India in June.

We often miss each other like that.  In fact, Shawn, who was supposed to be best
man at his brother, Alex's wedding, was deployed to Germany one week prior and,
since the whole unit had to fly together, he wasn't allowed to delay for that special
occasion.  That's life, however, in the military - and he has spent a lot of his reserve
life on active duty - not that he's complained.  He likes the Air Force and has
enjoyed his years there, moving up the ladder to his present rank. 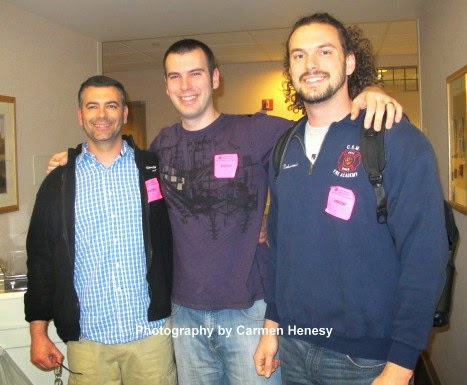 This is a photo of all three of my sons taken a year ago the night
Harper Ann was born.  Shawn, who some think resembles George
Clooney, is the shortest of the three.


I didn't get any pictures Tuesday night as they landed about 10:40PM.  Alex picked them
up at the airport while I stayed home to fix one of his favorite cocktails - also, my
favorite from New Orleans nursing school days: the Sazerac.  Before I moved out
of the house we shared when my job ended, it was often enjoyed when we weren't
planning on driving anywhere.  One Sazerac is best when one doesn't have to
drive and a good night's sleep is soon to follow!!!

Laura made chocolate chip cookies which were a perfect accompaniment to the
drinks and Shawn presented his niece with her gift from Kuwait:  a stuffed camel!!
Harper Ann woke up when she heard all the commotion.

For those of you who have never had a Sazerac, I am including the recipe I use.
One should really use rye whiskey, NEVER bourbon

I've adapted several recipes to my taste and this is how I make my Sazerac.  I
normally use Old Overholt Rye Whiskey ( 4 yr old ).  Another good rye is
Rittenhouse.

-1 teaspoon absinthe or more, or Herbsaint (a New Orleans brand of anise liqueur)
Two good absinthe brands are St George, Kubler from Switzerland and St.
George from San Francisco.  Avoid absinthe from the Czech Republic.
-1 teaspoon of simple syrup (or 1 sugar cube or 1 teaspoon of granulated sugar) -
I prefer the simple syrup since it dissolves completely - 1-1/2 parts of sugar to 1
part of water brought to a boil and cooled - can be stored in the refrigerator for
future use )
-4 dashes Peychaud's bitters
-1 small dash, a scant drop, of Angostura bitters (extremely optional; some feel it
helps open the flavors, but traditionalists may leave it out).
-2 ounces rye whiskey.
-Strip of lemon peel

Fill old fashioned glasses with ice to chill.  Discard ice and swirl absinthe in glass to
coat completely, then discard.  Blend with whiskey, bitters, simple syrup and an ice
cube and stir.  Twist the lemon peel over the glass so that lemon oil cascades into the
drink, then rub the peel over the rim.  The twist should NOT be put into the drink or as
Stanley Clisby Arthur says, "Do not commit the sacrilege of dropping the peel into the
drink." ( funny, but, most of the time, when I get a Sazerac in a restaurant, the lemon
peel is IN the drink! ).  Remember that the flavor of the absinthe should be there, but in
the background.  It should not dominate.  If mixing ingredients in a cocktail shaker, stir
gently but don't shake!!! 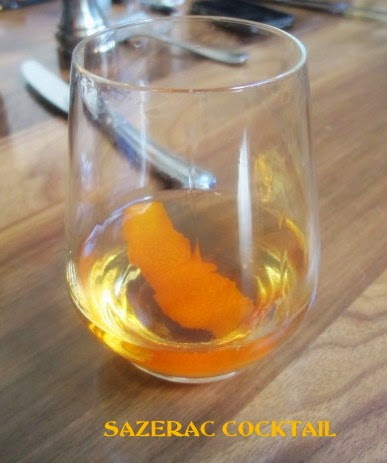 We enjoyed a couple of rounds of these and sent Shawn on his way back
to Travis AFB, with a designated driver.  I had no problem sleeping Tuesday
night and dreamt of long ago student nurse days, Dixieland jazz, raw oysters,
and good times in New Orleans.

The following morning, Harper Ann was up bright and early, enjoying her Kuwaiti
camel from Uncle Shawn. 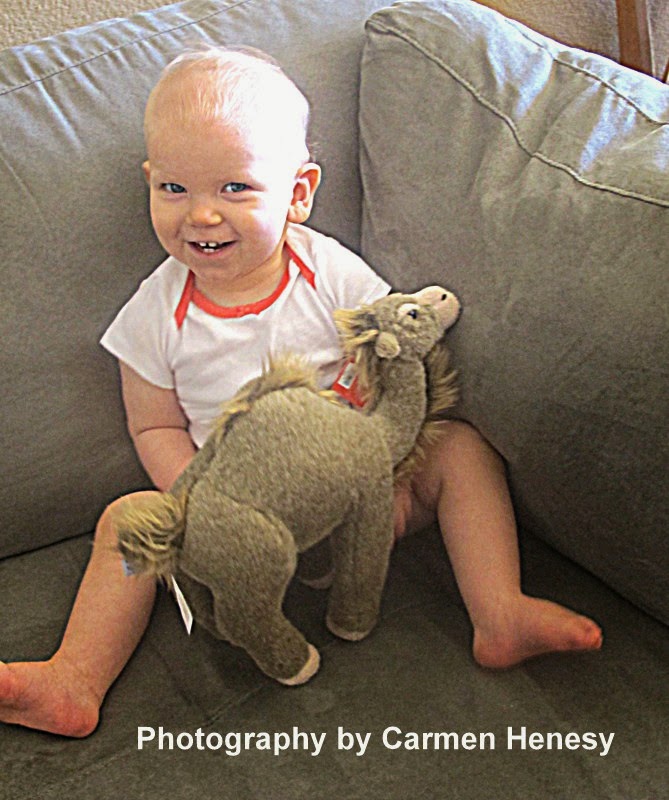 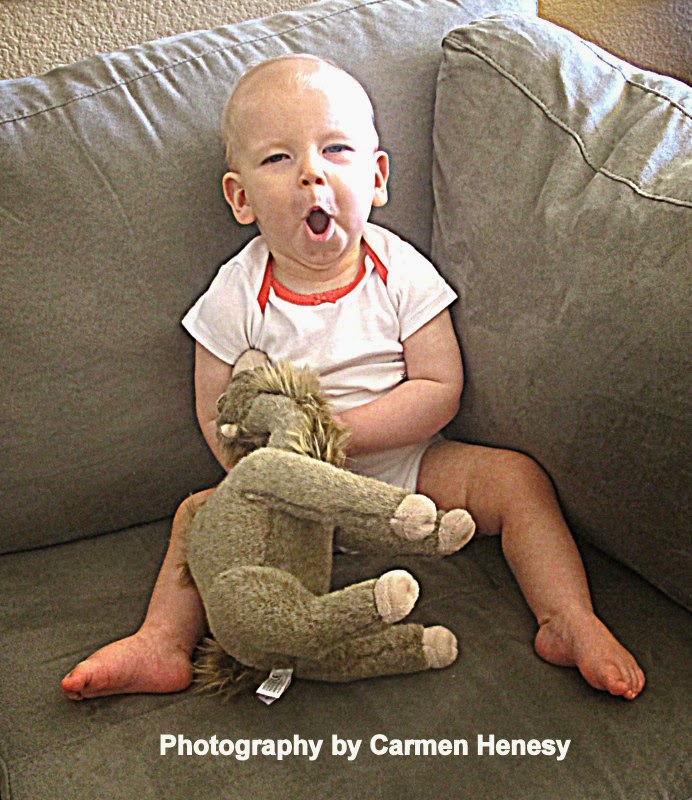 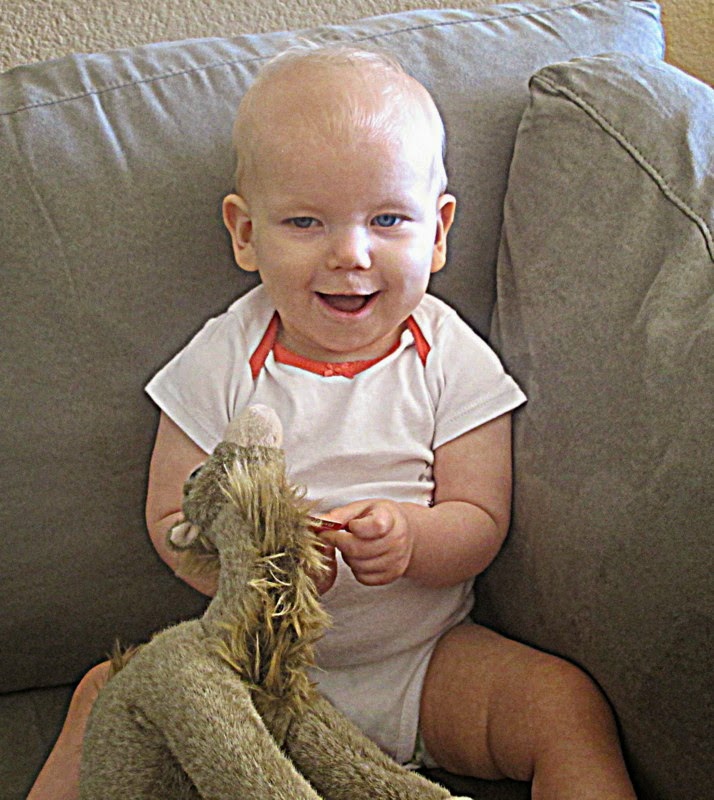 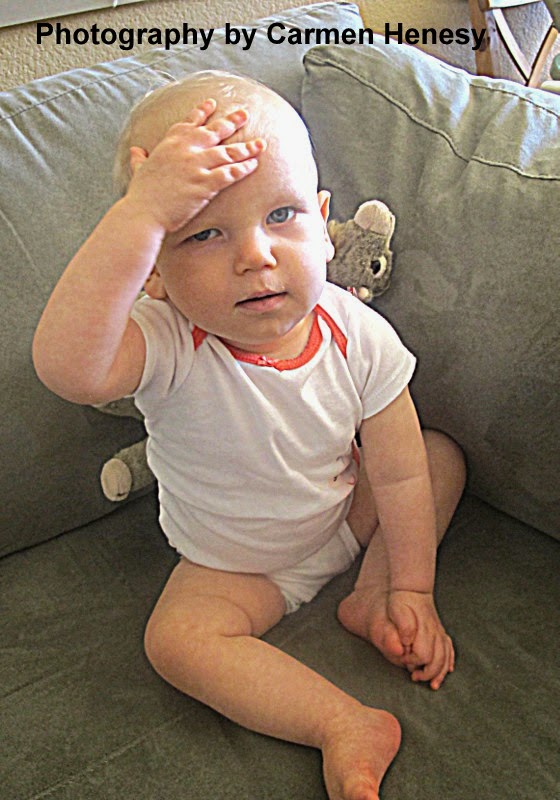