Very early in the morning of December 17th, 45 years ago, I awoke to find my Concord, Massachusetts world snowy white and the early twinges of labor beginning. 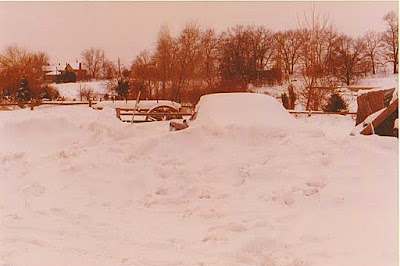 As I headed for the shower, my husband, Ed, was encouraging me to hurry - as the 30 mile drive from our home to Chelsea Naval Hospital was about an hour, even in optimal weather conditions.  Finally, we were on our way and, for some bizarre reason, we brought our collie, Snoopy, with us!

Near the hospital, our car stalled and refused to budge...thankfully, in front of a gas station.  The owner, hearing our tale of woe, loaded us ( minus Snoopy who remained in our car which had been pushed into the gas station lot ) and, with his snow plow at work, drove as fast as he could to the Chelsea ER.  From my arrival onward, everything slowed down.  I was given an epidural - which Shawn seemed to enjoy - because he took his sweet time, arriving late in the evening. 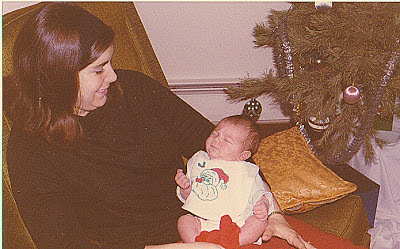 Shawn, a week old, slept through most of his first Christmas.  He amazed us by sleeping about six hours a night when he was only two months old - so I went back to work night shift as a psych nurse at McLean Hospital in Belmont, Mass.

When he was a toddler, we moved to Tampa, Florida and, after two years there, we headed to Ed's next Air Force assignment in southern California.  Shawn got his wanderlust early in life!

After two years in Fullerton, I moved to San Francisco. Shawn flew down frequently to visit his father, having no qualms at all when I would lament about his flying alone.  At six, he looked at me and commented, "What do you mean, Mom?  The plane is full of people!" 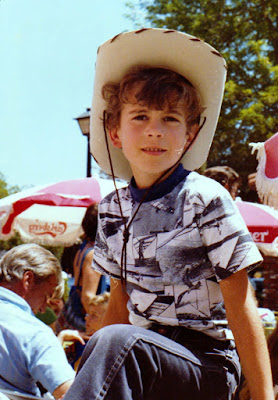 Thankfully, Shawn's dad met Lois who became Shawn's
"other mother." They celebrated their 25th anniversary several years ago.  I couldn't have asked for a better
person to be in my son's life.  I remind Ed that I did him a great favor by moving to San Francisco!!! 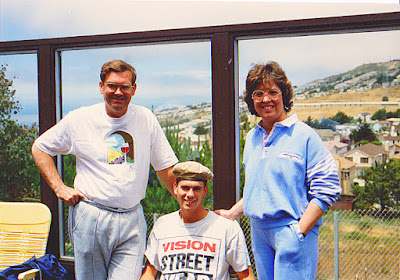 Ed and Lois when they came for Shawn's high school graduation

Shawn decided to join the Air Force Reserves after finishing a couple of years of junior college.  He looks so young and skinny in this picture. 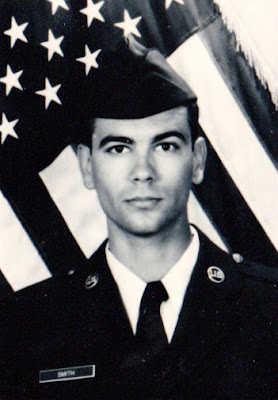 With his GI Bill money, he returned and got his BS in Electrical Engineering from San Jose State University.  He has continued in the Air Force Reserves, achieving, to date, the rank of Master Sergeant, having been deployed on several occasions, and filling in for months at a time at his home base, Travis, in northern California.

I am immensely proud of my son ( as I am of my other two sons as well ) but I am most proud of Shawn's being there for his two younger brothers.  They had an absent father from the time they were three and five-years-old and Shawn stepped up to the bar, helping in every way.  At one point, I went through disabling back surgery and he was my lifesaver, shouldering so much responsibility as a junior high school student.  There is no way I can ever repay him or thank him enough.  So much of the men Alex and Jeremy have become is because of their big brother, Shawn.

Shawn is still single but he would make some lady a terrific partner.  He is a fabulous cook, a great dancer, wonderful
with his little niece, Harper, a meticulous housekeeper, astute with money and a great travel planner ( something I like to think I helped inspire ). 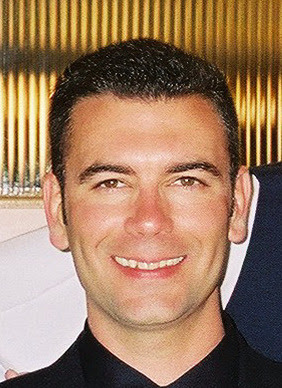 Of course, I admit to a little bias but I like to think he's not a bad looking fellow.  The ladies nowadays say he resembles George Clooney. 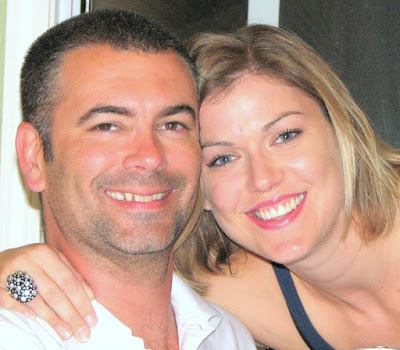 With his beautiful sister-in-law, Laura Vukasinovic 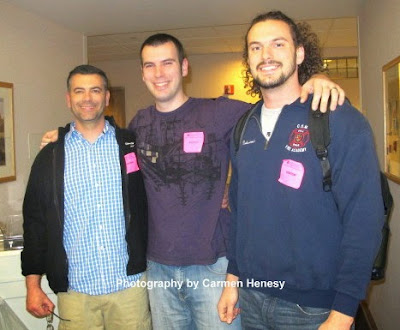 Shawn on the left, Alex in the middle, Jeremy on the right - in the birthing room
shortly before Harper's debut

It doesn't seem possible that nearly a half century has passed since Shawn's arrival in this world.  Thank you, son, for adding so much to my life and for being the fine man you are.  I love you and am so proud to be your mother. 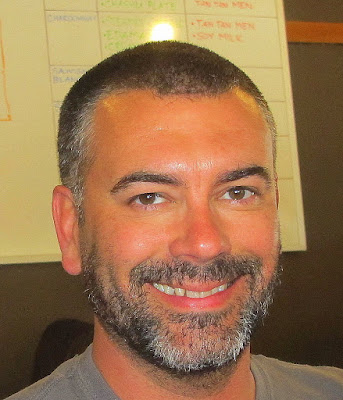 There is an awful lot of white at the temples and in your beard!!!