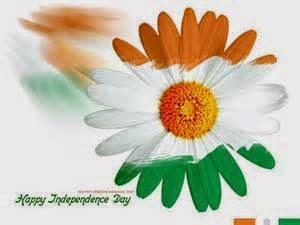 On this day, in 1947, the first prime minister of India, Jawaharlal Nehru, raised
the Indian National flag at the  Lahore Gate of the Red Fort in Delhi, celebrating
India's independence from Britain.

The British had, initially, come to India in the 1600's for trade purposes but,
gradually, took control of India and ruled for 200 years.

Prior to independence, there was a period of civil disobedience and nonviolent protest,
led by Mohandas Ghandhi.

The Indian Independence Act 1947 partitioned British India into India, Pakistan and
what is now Bangladesh, with a mass exodus of refugees on both sides of the
border.  In the ensuing bloodshed and violence, an estimated 250,000 to a million
people lost their lives.

In the ensuing 67 years, since India became the world's largest democracy,
every prime minister has raised the Indian flag at the Red Fort on Independence
Day and given a speech.   The new prime minister, Narendra Modi, was no
exception, and his speech today showed both inspiration and vision for this
vast country. 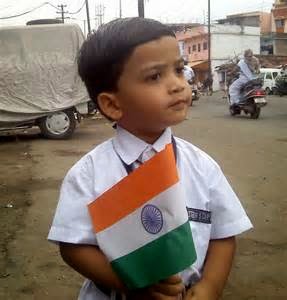 I hope that all my friends in India and worldwide had a very special Independence
Day.  This is actually my third time to be in India for this special occasion.  I
visited India, for the first time, for ten days in February of 1997, never dreaming
that, as a senior citizen, I would end up living here, off and on for 16 out of
32 months.  I have grown to love India, its people, its cultures, and all that makes
it great.

Happy Independence Day.  You have come a long way in just 67 years! 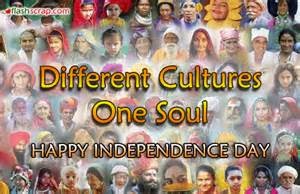