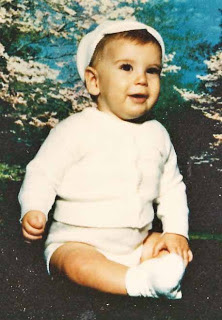 Alexander Vukasinovic, my middle son, was born August
27, 1982.  He was a hefty brute, weighing in at 8'6", if I remember correctly.  I do remember that I didn't have my epidural, not arriving at the delivery unit in time.  I had gone across the street at Mt. Zion to visit with my buddies, former professional colleagues, in the operating room.  When I realized that my contractions were only four minutes apart, we raced across the street.  I barely managed to get up on the delivery table before his head was crowning. 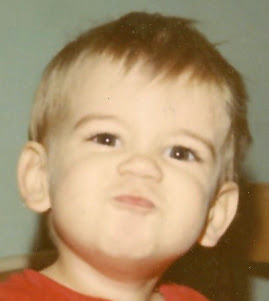 The face that was to terrify future football opponents

Alex and his younger brother, Jeremy, were only two years apart and kept each other entertained.  Poor Shawn, older than Alex by fourteen years, often was a substitute father, rather than just a big brother.  He was a great role model, though and played a great deal in making Alex the man that he is. 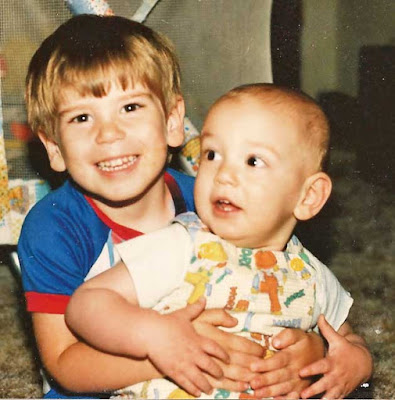 Alex, like my two other boys, was a wonderful son, seldom giving me any grief.  His great love was football, though my focus was on their academics.  I didn't involve them in sports at all, single mother that I was.  I know this didn't give them a well rounded upbringing. 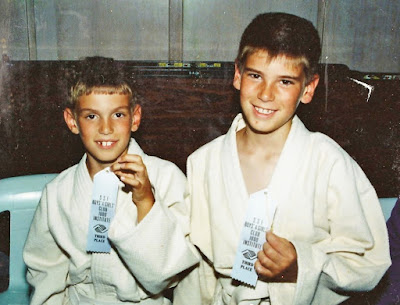 Since I had been the Southeastern Women's Judo Champion
when I was 17, I did let them take judo!

As both Alex and his younger brother, Jeremy, started high school, they informed me, though, they WERE going to play football.  Alex promised to maintain his good grade point average and he did.  He dreamed of a career with the major leagues and left home, at eighteen, for UC Davis.  Sadly, no sports were allowed his first year and he wasn't happy there.  He transferred to American River College, took over his life, played football for two years and was very happy. 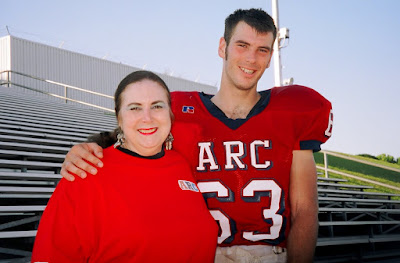 He hoped to continue on toward a football career but it wasn't to be.  He was recruited by out of state schools who offered partial scholarships but wouldn't allow him to work.  Reluctantly, he gave up his dream, focusing elsewhere.

Alex accumulated several different AS degrees - among them fire technology.  He began paramedic training, found it "boring" and didn't complete the last two months.  He had worked at Safeway right out of college and, ultimately, managed the dairy department.  At long last, he proposed to Laura Winterhalter, the lovely girl he had dated for several years and the most beautiful wedding I had ever attended took place. 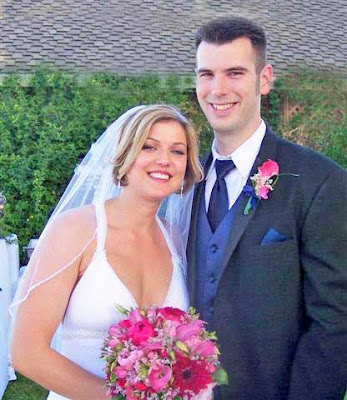 Alex began pursuing other career paths, changing his college
major several times - chemistry, math, economics.  In the midst of these studies, the most wonderful thing happened.  My testosterone laden family welcomed the arrival of the sweetest little girl on the face of the earth.  Harper Ann Vukasinovic made her debut on April 13, 2013. 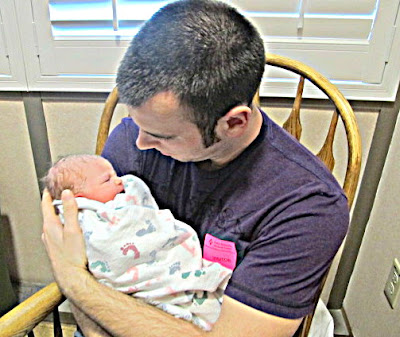 Now, Alex said he needed to pursue a career to provide for his family.  He began to talk about law enforcement.  He applied to local departments in the Sacramento area but, also, to San Francisco, Fremont, and Oakland.  Oh, no, I thought, having been a forensic nurse for San Francisco for 21 years, it's pretty dangerous in San Francisco and Oakland.

Well, of course, he didn't get the call from Sacramento PD, a few miles from his home but Oakland wanted him and, for six months, he made the long commute, nearly 100 miles each way, to undergo the rigorous training an officer must endure to keep him safe on the job. Thankfully, his brother, Shawn, who lives about halfway in between, was there with a place to sleep on nights when the commute was just too much. 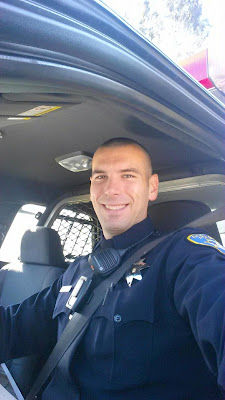 With the love and support of his wife, Laura, and snuggles from little Harper who queried, "Are you a police officer, yet, Daddy?" the months slowly passed.  The class numbers dwindled but Alex endured.  He survived being tasered and being pepper sprayed and, FINALLY, he admitted he thought he might make it - whereas up until almost the last week, he had said, "something could still happen." 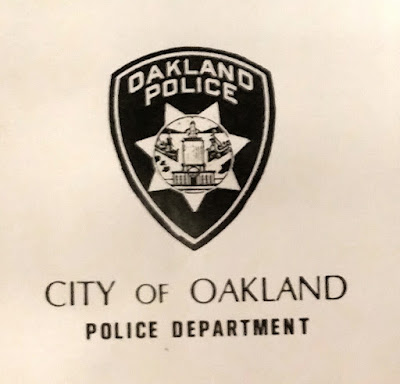 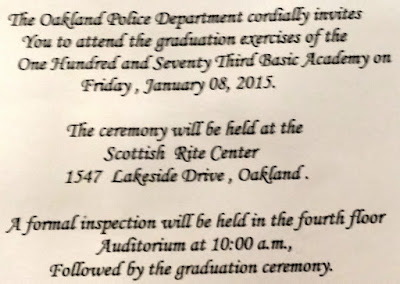 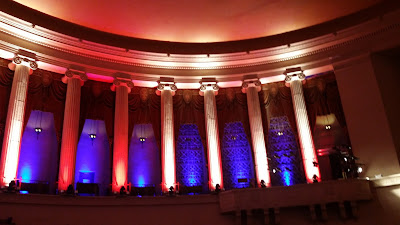 Interior of the Scottish Rite Center

Midst cries of "Daddy...mommy," the men and women in blue filed out in precision.  It was a beautiful ceremony, with an inspection first, then badges were pinned on, diplomas presented, speeches followed and we were shown a movie of some of the moments in the life of our officers during their academy time.  These young men and women earned their badges, that's for sure and the Oakland Police Department is lucky to have them among its ranks. 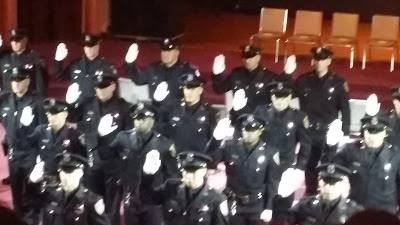 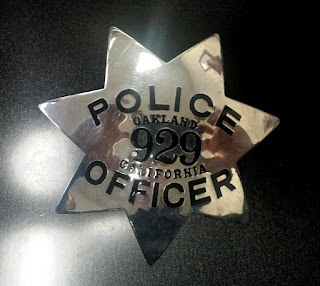 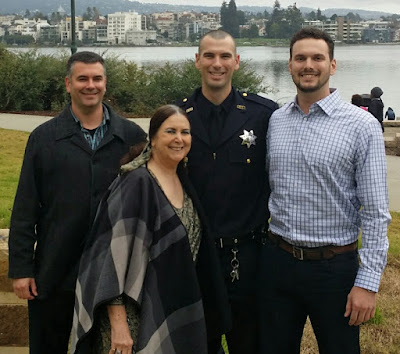 A very proud mother with her three sons 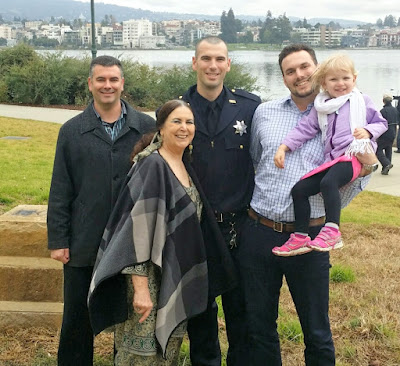 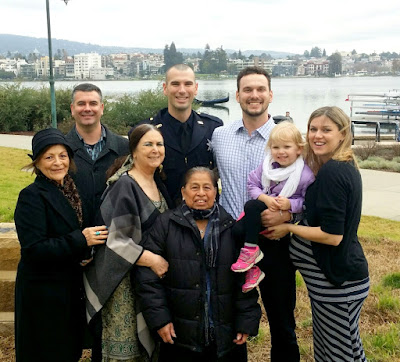 Following graduation, we went to Manivanh Thai Restaurant in San Francisco, where we had celebrated most of the milestones in the Vukasinovic family.  Sam and Nang Douangpanya and their family had made us part of theirs and knew my boys since they were munchkins.  We feasted with Laura's parents, the Calhouns, and grandmothers and other family members in honor of this special occasion.  It was a most joyous celebration.  The grand finale was this cake. 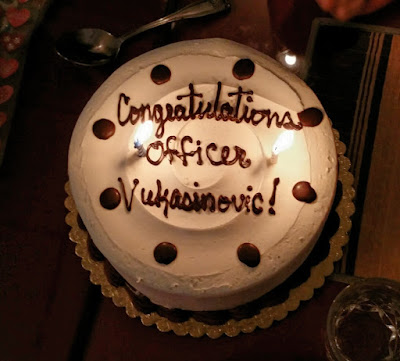 Harper was very happy that, at last, she could say that her daddy was, indeed, a police officer!! 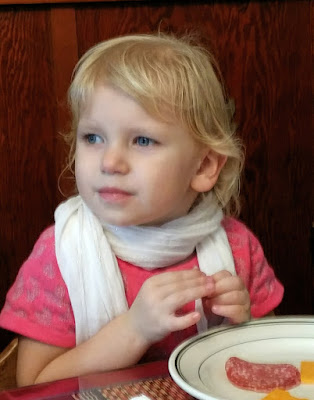 As Alex and his comrades begin their careers with the Oakland Police Department, I ask that all my family and friends pray for their safety and well being in this very difficult job.